PepsiCo bought carbonated drink maker SodaStream for $3.2 billion on Monday, a move the beverage giant hopes will further help it adjust as consumers drink less traditional soda and opt more for flavored waters and other drinks. 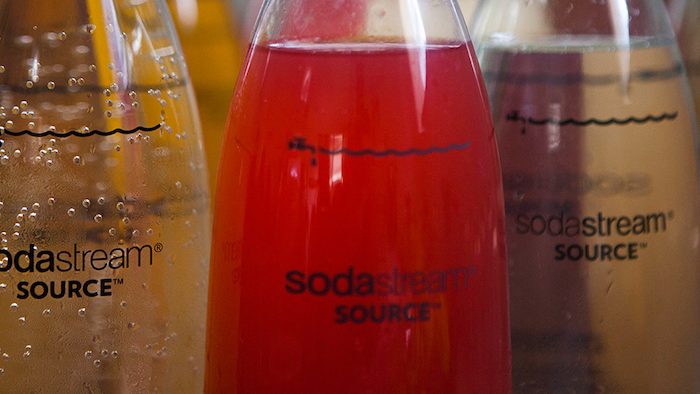 The deal is also a boon to SodaStream, which has enjoyed a resurgence after being targeted by anti-Israel boycotters in the past. The Israel-based company, which produces machines that allow people to make fizzy drinks in their own homes, has positioned itself as a provider of a healthy product in contrast to traditional sugary, carbonated drinks.

PepsiCo Chairman and CEO Indra Nooyi — who is stepping down from the CEO post in October — called the companies "an inspired match" since both companies aim to reduce waste and limit their environmental footprint.

SodaStream CEO Daniel Birnbaum said that the deal marked a "validation of our mission to bring healthy, convenient and environmentally friendly beverage solutions to consumers around the world."

Even rival Coca-Cola is diversifying more. Last week Coca-Cola announced that it was buying a minority ownership stake in sports drink maker BodyArmor for an undisclosed amount. Atlanta-based Coca-Cola also makes the sports drink Powerade, while PepsiCo makes the more popular Gatorade. Coca-Cola's other investments in recent years have included milk that is strained to have more protein and a push behind sparkling water.

PepsiCo is acquiring all of SodaStream's outstanding shares at $144 per share, a 32 percent premium to the 30-day volume weighted average price.

Earlier this month, SodaStream reported its strongest results in company history, a 31 percent year-over-year jump in revenues to $172 million, an 89 percent leap in operating profit to $32 million and an 82 percent climb in net profit to $26 million.

Three years ago, SodaStream shut down its West Bank factory amid international boycott calls and opened a sprawling new factory deep in Israel's Negev Desert instead, although the company remains a boycott target despite the move. Actress Scarlett Johansson was previously a brand ambassador for the company. She parted ways with the international charity Oxfam because of a dispute over her work with SodaStream.

Monday's sale looks to inject another big tax payout to Israel following previous sales of Israeli companies such as the mobile navigation app Waze, which was acquired by Google for about $1 billion, and Mobileye, which produces technology for self-driving cars and was gobbled up by Intel last year for $15 billion.

"The recent large purchases of Israeli companies proves not only the technological capabilities but also the business capabilities that have developed in Israel," he wrote.