Regulators Will Not Allow Lucrative Baby Eel Fishery To Grow

A regulatory board decided Wednesday that Maine's baby eel fishery, the only one of its kind in the U.S. and one of the most lucrative fisheries in the country, will not be allowed to expand next year. 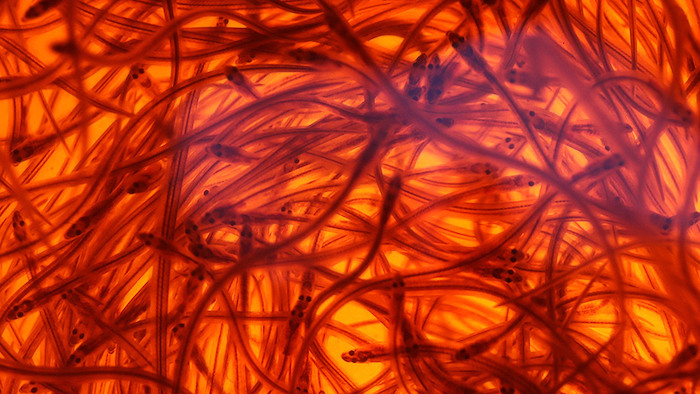 PORTLAND, Maine (AP) — A regulatory board decided Wednesday that Maine's baby eel fishery, the only one of its kind in the U.S. and one of the most lucrative fisheries in the country, will not be allowed to expand next year.

Fishermen in Maine are allowed to harvest a total of 9,688 pounds of the elvers per year, and the Atlantic States Marine Fisheries Commission shot down a proposal to increase that by about 20 percent. The increase would've been a boost to a fishery that routinely fetches some of the highest prices in the country on a per-pound basis.

Baby eels, called elvers, can be worth more than $2,000 per pound at docks because they are used by Asian aquaculture companies in the worldwide supply chain for Japanese food. Maine is the only state in the U.S. with a significant fishery for them, and worldwide supplies have been low, making them even more valuable.

Maine's elver fishery is coming out of a contentious season that ended in May, when authorities shut down the fishery early amid concerns about illegal sales. The fishery is tightly monitored to deter poaching, and the illegal transactions circumvented a swipe card system used to track elver sales in Maine, authorities said.

"There are a lot of really good people in this fishery," said Patrick Keliher, Maine's Department of Marine Resources commissioner, who supported expanding the quota. "I would hate for a few of the bad people to ruin it for the good people."

The fishery was closed at a time when Maine fishermen had harvested more than 90 percent of their annual limit. The closure was necessary to ensure the quota was not exceeded by the illegal sales, said Jeff Nichols, a spokesman for the Maine Department of Marine Resources.

Darrell Young, co-director of the Maine Elver Fishermen Association, said before the vote that he was hopeful the illegal sales wouldn't play a role in the decision about whether to allow more fishing. But members of the Atlantic States commission said they were concerned about the effectiveness of law enforcement and the stability of American eel populations.

"I think we're all aware that there's plenty of glass eels," said Young, using another term for elvers. "It's a matter of whether the state can keep it under control with law enforcement."

The elver fishing season happens every spring. The price this spring was even higher than normal, ending at more than $2,300.

The added quota would have kept fishing limited to responsible levels while providing farms with seed stock, said Sara Rademaker, who runs Maine's sole eel farm, American Unagi, before the vote. Most of the elvers are exported to Asia.

"The idea to keep the fishery sustainable is in everybody's best interest," Rademaker said.