Harvest Season for Biggest US Producer of Baby Eels Wraps Up

The nation's biggest producer of valuable baby eels is nearing the close of a much more productive harvesting season. 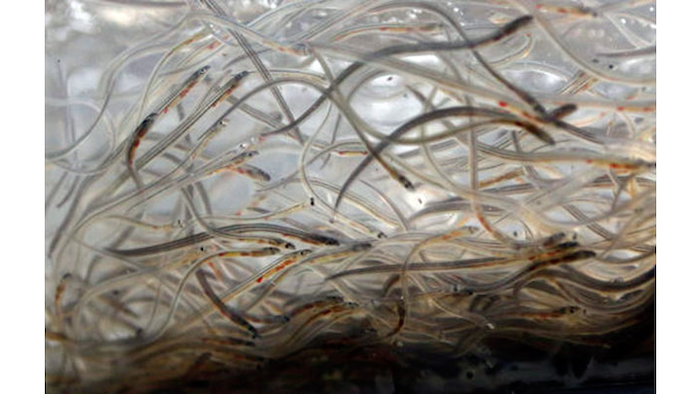 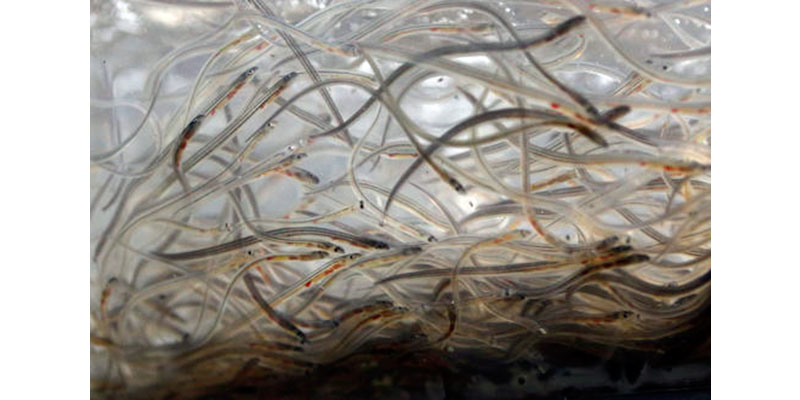 PORTLAND, Maine (AP) — The nation's biggest producer of valuable baby eels is nearing the close of a much more productive harvesting season.

The state's baby eels, called elvers or glass eels, are a major fishery because they are prized by aquaculture companies and demand for them is high. Fishermen in Maine, the only state with a significant elver fishery, are allowed to catch about 9,700 pounds of the elvers every spring.

Fishermen are within 900 pounds of the quota, and the elvers have sold for about $1,450 per pound this year — less than last year's record of nearly $2,200, but easily enough for a greater total value.

Asian aquaculture companies buy the elvers to use as seed stock so they can be raised to maturity and used as food, including sushi, some of which comes back to America.

Fishermen fell well short of their quota last year, when they only caught about 5,300 pounds, in part because of a long and harsh winter. This year's winter was much milder, which allowed fishermen to get started earlier.

American eels have become more valuable in recent years because of a decline in eel populations in Europe. Environmentalists sought to list American eels under the Endangered Species Act, but the U.S. Fish and Wildlife Service rejected the idea last year.

The Convention on International Trade in Endangered Species of Wild Fauna and Flora includes European eels in its list of animals that must be controlled to protect their survival. The American eel is not on the CITES list.

Maine's elver season will shut down when fishermen hit the quota. It officially ends for the year on June 7, a week later than the previous season. The state extended the season in the hopes that fishermen would have more time to reach the quota, but it's doubtful they will need it.