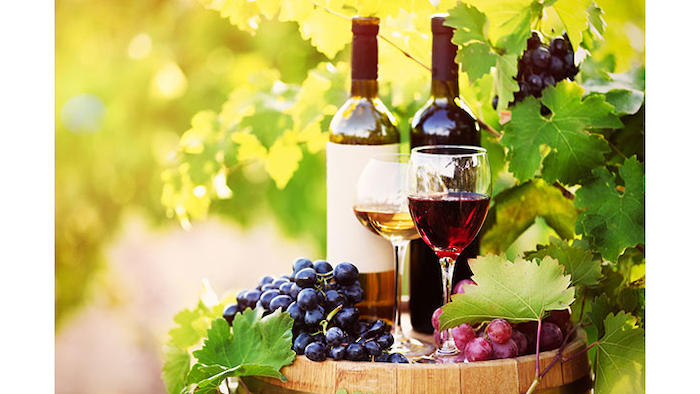 NEW YORK, March 5, 2018 (PRNewswire-USNewswire) — The Wine Origins Alliance today released the results of a new poll that finds 94 percent of American wine drinkers support laws that would protect consumers from misleading wine labels. The results, announced at Vinexpo New York, underscore the importance location plays in wine. The Alliance also called on U.S. lawmakers to heed consumers' demand for accurate and clear wine labels, and outlined plans to meet with members of Congress.

"This survey reflects what we already knew: consumers want wine labels to accurately reflect the contents of the wine bottle," said Anthony Sannino, president of the Long Island Wine Council. "In two days, we will be meeting with members of Congress to urge them to heed consumers' growing demand for accurate and clear wine labels. Our current laws are not enough to protect and inform consumers."

The poll, conducted by GBA Strategies, also found that 70 percent of American wine drinkers believe that allowing American producers to misuse foreign wine region names on their labels is deceptive to American consumers, and 70 percent believe that allowing American wine producers to misuse region names makes it harder for U.S. wine regions to protect the misuse of their name on foreign labels. It also found widespread consumer reliance on information about where a wine is from: 79 percent of consumers consider the region an important factor when buying a bottle of wine.

"We represent some of the world's leading wine regions that have taken a clear, collective stand to ensure wine region names are protected and not abused or miscommunicated to consumers," said Linda Reiff, president and CEO of the Napa Valley Vintners. "But here in the United States, some wine region names are not protected. This makes it hard for Napa and other U.S. regions to protect their names around the world when their very own government doesn't extend that same protection to others."

In the European Union and Australia, wine region names are protected through a registry of geographical indications. In the United States, they are protected through well-established federal and state laws that protect American Viticultural Areas, or AVAs, for the wine industry inside its borders. However, the U.S. permits the use of wine region names like Champagne, Chablis, Chianti, Port and Sherry on labels of wines that do not originate in those European regions.

"Texas has been making wine since the 1600s. Its distinctive climate and land has influenced the winemaking process. Thus, the Texas name should not be used on labels if the wine wasn't produced there," said Carl Money, founding member of Texas Wine Growers. "The same should be true for Long Island, Napa Valley, Champagne, Sherry, Chablis, Chianti Classico, Bordeaux and all other wine-growing regions."

Since 2005, the Wine Origins Alliance has been a unified force in the global winemaking industry working to raise awareness about the importance of location to winemaking and the need to protect the integrity of wine region names around the globe. Its members include 23 winery and grape-growing organizations in nine countries spanning North America, Europe and Australia. During Vinexpo, the Wine Origins Alliance released a short film featuring wine producers around the world talking about the importance of location to the wine they produce.

"While we may compete in the marketplace, there is consensus among us that when one of our wine region names is misused, the credibility of the industry as a whole is diminished and leads to consumer confusion," said Allan Sichel, president of the Bordeaux Wine Council. "Consumers have the right to know where their wine comes from. That is in the best interest of the consumer, the vintner, the regions and the wine industry."