Tours of Michelle Obama's produce garden will begin operating again after the tours were grounded due to mandatory budget cuts last year. The first lady planted the garden in 2009 to help inform the public of her anti-childhood obesity initiative. 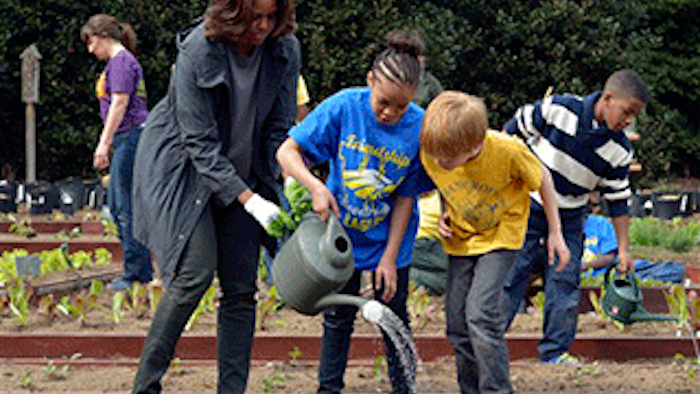 The tours were grounded after mandatory budget cuts went into effect last year. Public tours of parts of the White House also were halted due to the cuts but resumed after President Barack Obama signed legislation funding government operations.

The garden tours are scheduled to resume the week of July 14. They are open to community and school groups that are interested in gardening and healthy eating.

The first lady planted the garden in 2009 to help begin a national conversation about health and wellness and to inform her anti-childhood obesity initiative. The fruits and veggies grown there are served in meals at the White House.