House to Vote on Cuts to Farm Subsidies and Food Stamps

The House is expected to vote Thursday on cuts to government farm subsidies and food stamps as lawmakers move toward passage of a five-year, half trillion-dollar farm bill. Republican leaders have said they want to finish voting on the bill Thursday. 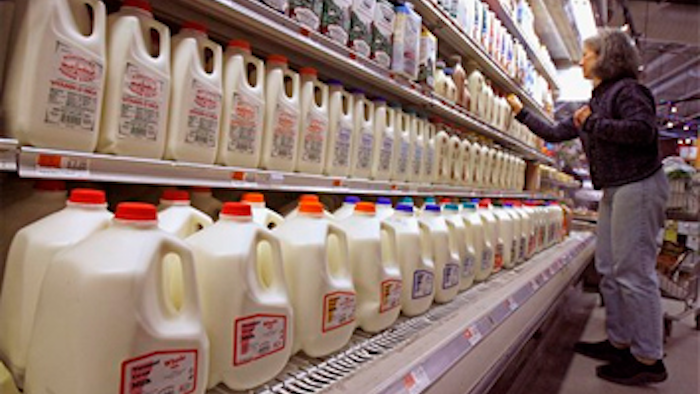 WASHINGTON (AP) — The House is expected to vote Thursday on cuts to government farm subsidies and food stamps as lawmakers move toward passage of a five-year, half trillion-dollar farm bill.

Republican leaders have said they want to finish voting on the bill Thursday. Supporters have been working this week to shore up support for the measure as members of both parties have signaled opposition to the legislation's $2 billion cut in food stamps.

Many Republicans say the cut is not enough; the food stamp program has doubled in cost over the last five years to almost $80 billion a year and now helps to feed 1 in 7 Americans. Liberals oppose any reductions in food stamps, contending that the House plan could remove as many as 2 million needy recipients from the rolls.

The chamber rejected an attempt by Democrats Wednesday to eliminate the $2 billion in cuts and instead slash subsidy payments to farmers. Republican attempts to make the cuts even deeper are expected Thursday, along with other amendments that would overhaul sugar and dairy subsidies and cut federally-subsidized crop insurance.

The outcome of those votes could affect the vote on final passage of the bill, which is expected to come Thursday.

House Agriculture Committee Chairman Frank Lucas, R-Okla., sped the chamber through consideration of almost all of lawmakers' 103 amendments to the legislation Wednesday night. The House at one point adopted 35 amendments at once in a single vote.

The House debated an amendment Wednesday by Rep. Ron Kind, D-Wis., to limit government help for crop insurance paid to wealthy farmers and limit the subsidies the government gives to crop insurance companies. The vote on that amendment was postponed until Thursday.

The House bill, which would cut around $4 billion a year in overall spending on farm and nutrition programs, expands crop insurance programs and creates a new kind of crop insurance that kicks in before farmers' paid policies do.

But Kind and other Democrats say the bill should cut more from farm subsidies like crop insurance and less from food stamps.

Opposition to farm subsidies has been growing among Republicans, some of whom are expected to vote for the Kind amendment. Conservative groups have been lobbying aggressively against the bill.

Conservatives have also proposed the amendments that would reduce sugar supports and overhaul the dairy subsidies, both of which could turn lawmakers from certain regions of the country against the bill, threatening its passage.

The House is also scheduled to vote on an amendment to reduce food stamp benefits if Congress fails to pass a farm bill. Rep. Mike Conaway, R-Texas, said he offered the amendment to create more of a sense of urgency among Democrats.

"Right now, they're on the take side, and they're not part of the process," Conaway said. Conaway and other members of the House Agriculture Committee have been scrambling to find enough votes for the bill, which could falter without Democratic support in the Republican-controlled House.

For several decades, farm bills have combined farm subsidies and food stamps in an effort by sponsors to attract urban votes for a mostly rural bill. But that coalition is now shaky, as conservatives have insisted on cuts to food stamps.

House Speaker John Boehner, R-Ohio, has said he has concerns about the overall legislation but wants to get the farm bill to House and Senate negotiators for a potential deal. He said he will vote for it, saying the change in policy is better than doing nothing.

House Agriculture Committee Chairman Frank Lucas, R-Okla., says the bill is necessary to avoid farm crises and that it has some of the biggest reforms in decades. It would eliminate $5 billion a year in direct payments, subsidies that are paid to farmers whether they grow crops or not. The measure would also expand crop insurance and make it easier for rice and peanut farmers to collect subsidies.

The Senate passed its version of the farm bill last week, with about $2.4 billion a year in overall cuts and a $400 million annual decrease in food stamps — one-fifth of the House bill's food stamp cuts.