More Than Half Of U.S. Gripped By Drought

Only in the 1930s and the 1950s has a drought covered more land, according to federal figures released Monday. So far, there's little risk of a Dust Bowl-type catastrophe, but crop losses could mount if rain doesn't come soon. 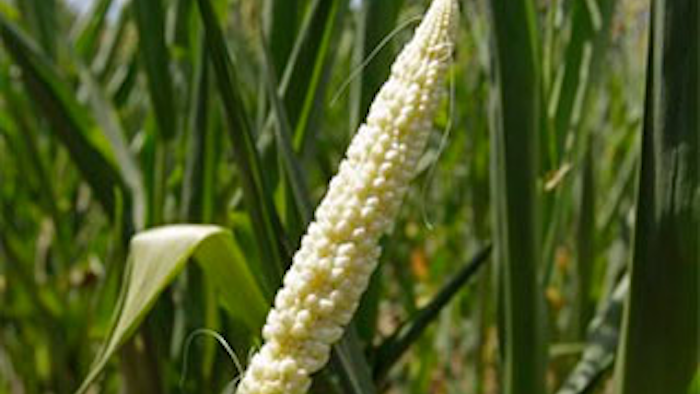 WALTONVILLE, Ill. (AP) — The nation's widest drought in decades is spreading, with more than half of the continental United States now in some stage of drought and most of the rest enduring abnormally dry conditions.

Only in the 1930s and the 1950s has a drought covered more land, according to federal figures released Monday. So far, there's little risk of a Dust Bowl-type catastrophe, but crop losses could mount if rain doesn't come soon.

In its monthly drought report, the National Climatic Data Center in Asheville, N.C., announced that 55 percent of the country was in a moderate to extreme drought at the end of June. The parched conditions expanded last month in the West, the Great Plains and the Midwest, fueled by the 14th warmest and 10th driest June on record, the report said.

Topsoil has turned dry while "crops, pastures and rangeland have deteriorated at a rate rarely seen in the last 18 years," the report said.

The percentage of affected land is the largest since December 1956, when 58 percent of the country was covered by drought, and it rivals even some years in the Dust Bowl era of the 1930s, though experts point out that this year's weather has been milder than that period, and farming practices have been vastly improved since then.

In southern Illinois, Kenny Brummer has lost 800 acres of corn that he grows to feed his 400 head of cattle and 30,000 hogs. Now he's scrambling to find hundreds of thousands of bushels of replacement feed.

"Where am I going to get that from? You have concerns about it every morning when you wake up," said Brummer, who farms near Waltonville. "The drought is bad, but that's just half of the problem on this farm."

Around a third of the nation's corn crop has been hurt, with some of it so badly damaged that farmers have already cut down their withered plants to feed to cattle. As of Sunday, the U.S. Department of Agriculture said, 38 percent of the corn crop was in poor or very poor condition, compared with 30 percent a week earlier.

"This is definitely the epicenter — right in the heart of the Midwest," said climatologist Mark Svoboda with the Nebraska-based National Drought Mitigation Center.

It's all a huge comedown for farmers who had expected a record year when they sowed 96.4 million acres in corn, the most since 1937. The Department of Agriculture initially predicted national average corn yields of 166 bushels per acre this year.

The agency has revised that projection down to 146, and more reductions are possible if conditions don't improve.

The lower projection is still an improvement over the average yields of around 129 bushels a decade ago. But already tight supplies and fears that the drought will get worse before it gets better have been pushing up grain prices, which are likely to translate into higher food prices for consumers, particularly for meat and poultry.

Monday's report was based on data going back to 1895 called the Palmer Drought Index. It feeds into the widely watched and more detailed U.S. Drought Monitor, which reported last week that 61 percent of the continental U.S. was in a moderate to exceptional drought. However, the weekly Drought Monitor goes back only 12 years, so climatologists use the Palmer Drought Index for comparing droughts before 2000.

Climatologists have labeled this year's dry spell a "flash drought" because it developed in a matter of months, not over multiple seasons or years.

The current drought is similar to the droughts of the 1950s, which weren't as intense as those of the 1930s, said Jake Crouch, a climatologist with the National Climatic Data Center. And farming has changed a lot since the Dust Bowl era. Better soil conservation has reduced erosion, and modern hybrids are much more resistant to drought.

But Crouch said it's important to understand that this drought is still unfolding.

"We can't say with certainty how long this might last now. Now that we're going up against the two largest droughts in history, that's something to be wary of," Crouch said. "The coming months are really going to be the determining factor of how big a drought it ends up being."

In northwest Kansas, Brian Baalman's cattle pastures have dried up, along with probably half of his corn crop. He desperately needs some rain to save the rest of it, and he's worried what will happen if the drought lingers into next year.

"I have never seen this type of weather before like this. A lot of old timers haven't either," Baalman said. "I just think we are seeing history in the making."

The federal government is already moving to help farmers and ranchers.

Agriculture Secretary Tom Vilsack last week announced plans for streamlining the aid process. A major goal is to cut the time it takes to declare an agricultural disaster area. He also reduced interest rates for emergency loans and made it cheaper for farmers to graze livestock or cut hay on lands otherwise locked up in a conservation program.

Some state governments are stepping in, too. In Wisconsin, Gov. Scott Walker declared a state of emergency in 42 counties last week to speed up the issuance of permits for temporarily using stream or lake water for irrigation.

During a visit Monday to a southern Illinois corn and soybean farm, Illinois Gov. Pat Quinn announced that drought-affected farmers would be eligible for state debt restructuring and loan programs in addition to the aid the USDA announced last week.

Quinn ventured into a corn field where he spent some time looking for an actual ear of corn. When he found one and peeled off the husk, there were no kernels.

Brummer could normally count on corn yields of 170 bushels per acre. He expects to get just 10 bushels this year, if he gets anything at all.

The top of the cornstalks are an unhealthy pale green, he said. Many of them have no ears, and "if there are there are a few kernels, they don't seem to know if they should die or make a grain."

Crop insurance will cover up to 150 bushels per acre. But no coverage is available for Brummer's livestock, so he figures he'll lose $350,000 to $400,000 on that side of the operation.

Not long ago, Brummer rejoiced along with countless other Midwest growers about getting their crops in the ground early.

"It looked really good until about a month ago," he said. "Then the concerns started, and it's been downhill ever since."