The federal Centers for Disease Control and Prevention said Wednesday that 12 cases of E. coli poisoning in five states are linked to raw clover sprouts eaten at Jimmy John's restaurants. The outbreak comes a year after raw alfalfa sprouts from one of the chain's suppliers were linked to 140 salmonella illnesses. 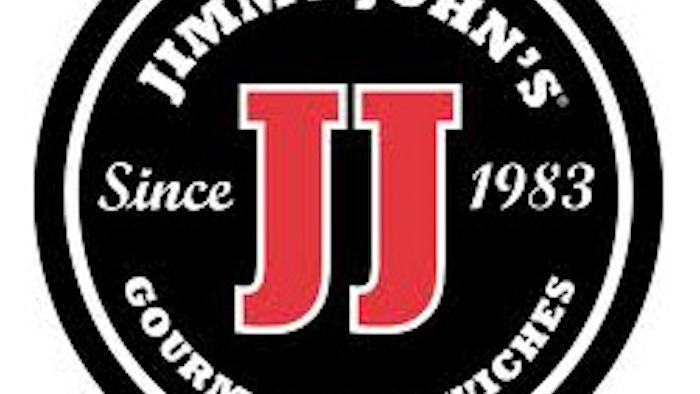 WASHINGTON (AP) — Raw sprouts from the sandwich chain Jimmy John's have been linked to an outbreak of foodborne illness — again.

The federal Centers for Disease Control and Prevention said Wednesday that 12 cases of E. coli poisoning in five states are linked to raw clover sprouts eaten at Jimmy John's restaurants. The outbreak comes a year after raw alfalfa sprouts from one of the chain's suppliers were linked to 140 salmonella illnesses. Sprouts from the chain's suppliers were also linked to a 2009 salmonella outbreak in several Midwestern states and were suspected in an E. coli outbreak in Boulder, Colo. in 2008.

Illinois-based Jimmy John's declined to comment on the outbreak. After the salmonella outbreak a year ago, the company said it would switch from using alfalfa sprouts to using clover sprouts because they are easier to clean. But federal regulators warn against eating all raw sprouts, which are one of the most frequent perpetrators of foodborne illness.

Though they are often touted as a health food, sprouts need warm and humid conditions to grow, encouraging bacterial growth. Many restaurants have stopped serving them after multiple outbreaks, and the government recommends that the very young, elderly, pregnant and others with compromised immune systems stay away from raw sprouts completely. Fully cooked sprouts are safe to eat.

According to the CDC, there have been at least 30 outbreaks associated with raw or lightly cooked sprouts in the United States in the last 15 years and even more around the world, including a 1996 outbreak in Japan that sickened thousands of people with E. coli. Fenugreek sprout seeds from Egypt are thought to have caused a major outbreak of E. coli poisoning in Europe last year that killed more than 50 people.

Illnesses in the current outbreak were reported in Iowa, Missouri, Kansas, Arkansas and Wisconsin. The illnesses occurred between Dec. 25 and Jan. 15 and two of the victims were hospitalized.

In most sprout outbreaks the restaurant is not to blame for the contamination itself. Contamination usually happens when the seeds are grown or harvested and is often impossible to wash off.

Food safety lawyer Bill Marler has represented victims in the three previous sprout outbreaks potentially linked to Jimmy John's. He has pushed the FDA to require warning labels on sprouts and praises restaurants that have taken them off the menu.

"You have to wonder what this company is thinking," he said.