Can stamping boxes of Cheerios with the words "Gluten Free" help revive sales? 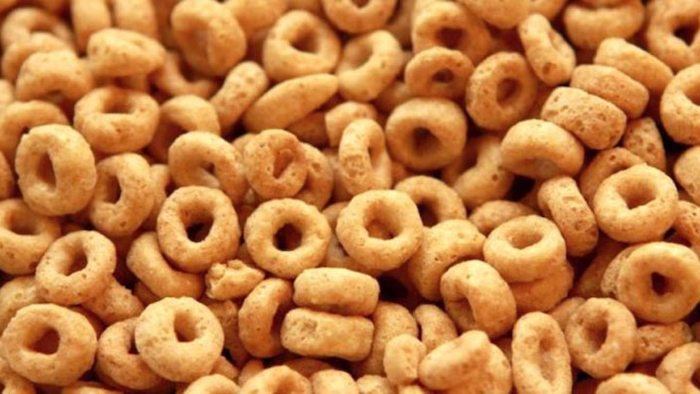 General Mills Inc. said Thursday its total cereal sales in the U.S. declined 5 percent in the latest quarter, hurt by Americans' ongoing move away from cereal and a pullback in promotions by retailers. But when looking at sales of just full-priced boxes of cereal — a figure the company says reflects customer demand — it said Cheerios sales rose 3 percent after it began labeling the boxes as "Gluten Free" and promoted the change in September.

Sales dipped only after General Mills announced a recall of 1.8 million boxes of Cheerios with the new label in early October, citing a mix-up that led to wheat being introduced into its system, the company said.

The push to renew interest in Cheerios, which was invented in 1941, comes as big food makers try to reposition some of their best known brands to suit prevailing trends. PepsiCo Inc., for instance, plans to start labeling Tropicana orange juices as "non-GMO" early next year. The company doesn't need to change the formula since there are no genetically modified oranges, but it says the label is in response to a growing interest in foods without genetically modified ingredients.

Kellogg Co., meanwhile, has been trying to recast its Special K line as a more nourishing cereal with ingredients like quinoa. That change reflects the fading popularity of foods marketed primarily as weight loss options.

As for General Mills, the Minneapolis company had already found success in recasting Chex as gluten-free in recent years and is now starting to market Lucky Charms as gluten-free as well, CEO Ken Powell said in a phone interview.

Since Cheerios, Chex and Lucky Charms don't contain wheat, General Mills didn't have to reformulate the cereals to label them as gluten-free. But the company said it changed its methods to ensure wheat isn't introduced into the manufacturing process. Powell said more than half the company's cereals now qualify as gluten-free.

General Mills, which counts on cereal for 20 percent of its sales, is also chasing another big trend with Cheerios Protein. Last month, the Center for Science in the Public Interest sued General Mills, saying the cereal is misleading because it only has marginally more protein than regular Cheerios, when compared by weight, and far more sugar. The group notes the serving size listed on boxes of Cheerios Protein is larger, hence making it seem like it has more protein.

General Mills said the bigger serving size for Cheerios Protein was determined in accordance with the Food and Drug Administration's regulations, which factors in density. The company said it stands by the labeling of the cereal.