The supply crunch will hit a range of household items. 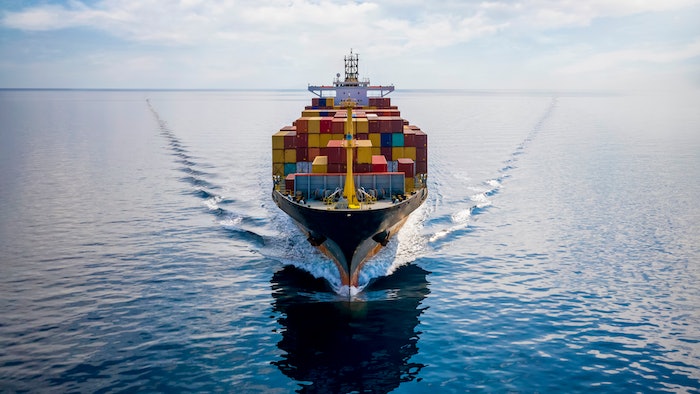 American consumers hoping to find the latest iPhone in their stocking come December better get their Christmas shopping done early.

After Russia's invasion of Ukraine and the global energy crisis, China's latest round of lockdowns will deliver yet another hefty blow to global supply chains. Business leaders are warning that some high-value products could still be missing from the shelves at Christmas.

Recent weeks have seen mass lockdowns of varying degrees across the country, including a near-total shutdown of Shanghai - the epicenter of the latest Omicron outbreak and a critical node for global trade.

"This is much bigger than Wuhan because the city of Shanghai is a much bigger manufacturing hub," Bill Russo, an American entrepreneur based in Shanghai, told Wealth of Geeks. "Even with factories restarting again, the lockdowns will interrupt the flow of the parts they need to the assembly line, which creates a whole system-wide impact."

Yet it's not only in Shanghai. Scenes of panic buying have broken out in Beijing as shoppers fear the Chinese capital city will be next to go under. With the Chinese government adamant about keeping cases as close to zero as possible, widespread lockdowns across the country look likely throughout 2022.

The news shouldn't incite panic among American shoppers. Still, consumers in the U.S. must also brace for the dual impact of product delays and price hikes.

Despite the Chinese government's attempts to lower the impact on industrial output, at the Port of Shanghai - the world's largest - about one-third of all goods remained held up at the end of April.

Yet even if production ramps back up to normal levels in the coming weeks, congestion from the delays will carry across the Pacific and create further bottlenecks outside the already swamped ports in North America.

Indeed, shipping delivery times have doubled since the pandemic first broke out. The average journey for a finished product to get from a Chinese factory to an American warehouse is now a 111-day odyssey. It took just 46 days at the start of 2019.

Among those most affected by the lockdowns are leading automotive and electronics brands.

Russo, who founded Automobility.io, a consultancy focusing on China's automotive industry, told Wealth of Geeks that Tesla is getting hit especially hard.

"51% of Tesla's global sales in 2021 were units made in Shanghai. In the first three weeks of the lockdown, Tesla lost over 40000 units of planned production volume," he said, adding that the lockdown will have a "tremendous effect on the automotive industry."

In trying to reopen, Tesla is following big European carmakers like Volkswagen and Bosch, attempting to adopt a "closed loop system" to comply with restrictions. This requires factory workers to sleep on-site and undergo constant Covid testing.

The model hasn't worked too well for Volkswagen. Despite sealing off its workers from the outside world, the lockdowns still delay the delivery of components needed to build the cars themselves. Tesla is likely to face the same issues.

The prospects don't look much better for Apple, the world's most profitable electronics brand.

With around half of the tech giant's 200 top suppliers having production facilities in and around Shanghai, expect lengthy delays.

Insiders warned it could take another business quarter for production to get back on track as Apple's suppliers scramble for access to all kinds of inputs, from cardboard boxes to truck drivers.

Besides top-end brands, regular items will also be hit. Despite attempts to restore manufacturing in recent years, the U.S. economy still relies heavily on Chinese imports. The U.S. imports around 20 percent of all goods and 35 percent of electronics originate in China.

The supply crunch will hit a range of household items, including apparel, furniture, and plastic items. Delays will, of course, lead to price hikes, adding to already sky-high inflation rates.

For what this means for consumers at the checkout, CNN's Matt Egan looked back to March 2020, when the first Wuhan lockdowns squeezed supply amid rising demand and caused prices to spike.

"The concern is that if China's lockdown worsens the supply chain crisis, that could keep prices pretty high," he said.

How will this affect the consumption of American consumers?

Analysts at Reuters see a return to pre-pandemic spending on leisure services like restaurants and travel. In contrast, physical products see a sharper rise in prices.

Overall, consumer prices were up 7.9% in February of 2022 compared with the same time last year. Still, for services, the climb was a more tolerable 4.4%. That means dining out, and package tours may become more attractive as store prices climb.

Though a way off yet, Christmas 2022 could see more Americans treating themselves to memorable experiences than stuffing their stockings with over-priced, slow-to-arrive goodies from China.