The outbreak near Guestrow, about 115 miles northwest of Berlin, is the first at a large pig farm in Germany. 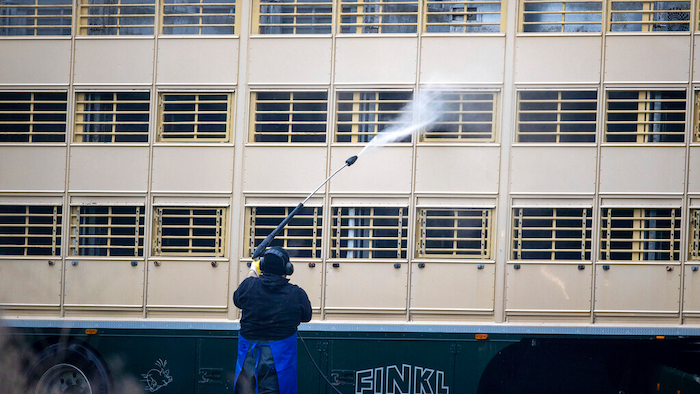 A man cleans a cattle truck on the premises of a pig breeding farm in Vogelsang, northern Germany on Nov. 17, 2021.
Jens Buettner/dpa via AP

BERLIN (AP) — A pig farm in northern Germany began culling all of its 4,000 animals Wednesday after a case of African swine fever was confirmed there.

The outbreak near Guestrow, about 185 kilometers (115 miles) northwest of Berlin, is the first at a large pig farm in Germany. Cases in wild boars were first reported in Germany last year, followed by outbreaks in smallholdings.

African swine fever is usually deadly for pigs but doesn’t affect humans. It has spread in several European countries, leading to large-scale culls of wild boars and farmed pigs.

German farmers had been dreading the arrival of swine fever because of the impact it will have on the pork industry, particularly lucrative exports to Asia.

Officials said it was still unclear how the disease entered the farm near Guestrow, where it was detected this week.