The announcement comes two months after the company ousted its former CEO amid mounting investor pressure.

de Saint-Affrique will become Danone's CEO on Sept. 15, taking over duties that Danone International leader Véronique Penchienati-Bosetta and Danone North America leader Shane Grant have held since the company removed former CEO Emmanuel Faber amid mounting pressure from investors unsatisfied with Danone's sluggish share price and underperforming brands, including calls for his removal. Danone previously announced March 1 that it was separating the roles of CEO and chairman — which Faber held until he was forced to step down on March 15.

Danone will also look to add de Saint-Affrique as a new member of its board of directors at its annual shareholder meeting next April.

de Saint-Affrique has been CEO of Barry Callebaut since October 2015. Prior to that, he held various senior executive roles at global consumer goods provider Unilever, including leading its Foods division.

"I am proud and honored to join and soon lead a company which has always been an inspiration for me," de Saint-Affrique said. "I have tremendous admiration for Danone’s rich heritage and pioneering spirit in all fields: its strong and innovative portfolio of brands that have brought health through food to people around the world for so long; the dual social and economic project which has been at the heart of the company’s purpose for decades; and its strong and unique people culture which respects both diversity and inclusivity. I believe Danone has significant potential to continue to shape and contribute to how people eat and drink globally, and I am looking forward to, together with all Danoners, the executive committee and the board, writing our next chapter of growth and further progressing Danone’s Mission."

"As a board we have delivered on our promise to search and find swiftly the best person to lead Danone through the next phase of our evolution. This marks a new chapter of leadership and a continuation of how we, as a Board, have been transitioning governance at the company for a few weeks already," said Giles Schnepp, Danone chairman. "We unanimously agree that Antoine de Saint-Affrique is a standout leader in the consumer goods world. He has a distinguished track record of innovation and delivery. Importantly, he brings the right blend of strategic vision, international consumer goods experience, and operational execution skills to Danone." 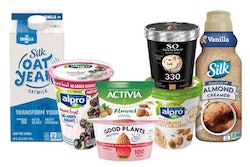 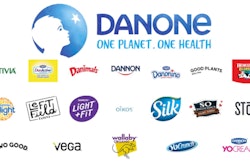