The impact of the new virus in China could weigh heavily on the KFC and Pizza Hut owner's first quarter results. 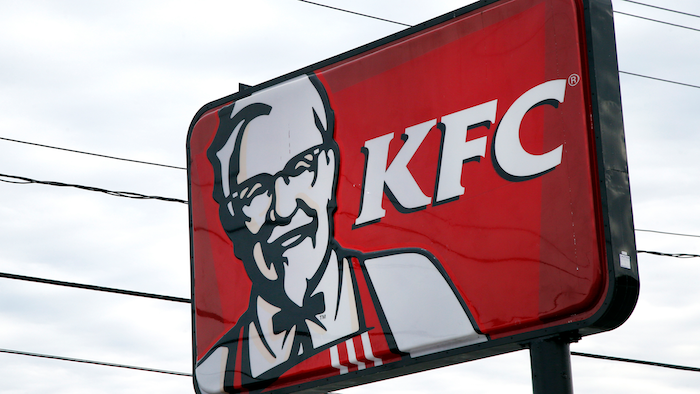 KFC owner Yum Brands ended 2019 with better-than-expected sales, but the impact of the new virus in China could weigh heavily on its first quarter results.

Yum has a strong presence in China, which makes up 27% of KFC's sales and 17% of Pizza Hut's sales.

Yum shares fell more than 2% to $104.49 per share in premarket trading as investors waited for more news from the company about its Chinese stores.

Yum said Thursdsay that fourth-quarter revenue rose 9% to $1.69 billion. That beat Wall Street's forecast of $1.65 billion, according to analysts polled by FactSet.

Yum, based in Louisville, Kentucky, reported net income of $488 million, or $1.58 per share. Excluding one-time items, the company earned $1 per share, which fell short of Wall Street's forecast for $1.13.

Yum was stung by a change in the value of its investment in food delivery company GrubHub, which shaved 5 cents off its fourth-quarter earnings per share. Yum bought a stake in GrubHub for $200 million in 2018, but the platform has been struggling in the increasingly competitive food delivery market.

Same-store sales, or sales at stores open at least a year, rose 2% for the fourth quarter. That was in line with Wall Street's forecast.