Both House Speaker Nanci Pelosi and President Donald Trump said the new agreement is a significant improvement over NAFTA. 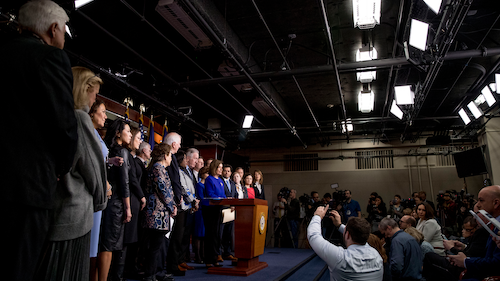 “There is no question of course that this trade agreement is much better than NAFTA," Pelosi said in announcing the agreement, saying the pact is “infinitely better than what was initially proposed by the administration."

Trump said the revamped trade pact will “be great" for the United States.

“It will be the best and most important trade deal ever made by the USA. Good for everybody — Farmers, Manufacturers, Energy, Unions — tremendous support. Importantly, we will finally end our Country’s worst Trade Deal, NAFTA!,” the president said in a tweet.

In Mexico City, Mexican Foreign Relations Secretary Marcelo Ebrard said Monday night that there would be a meeting of the three countries’ negotiating teams Tuesday “to announce the advances achieved” on the trade agreement. U.S. Trade Representative Robert Lighthizer is slated to appear.

The announcement came on the same morning that Democrats outlined impeachment charges against Trump. The pact is Trump's top Capitol Hill priority along with funding for his long-sought border fence.

Vice President Mike Pence, a foot soldier in the administration's campaign to sell the accord, said Pelosi had “acquiesced" in slating the pact for a vote this year.

“The USMCA will create even more jobs for the hardworking families who are the backbone of our economy – the farmers, ranchers, manufacturers, and small business owners,” Pence said in a statement. 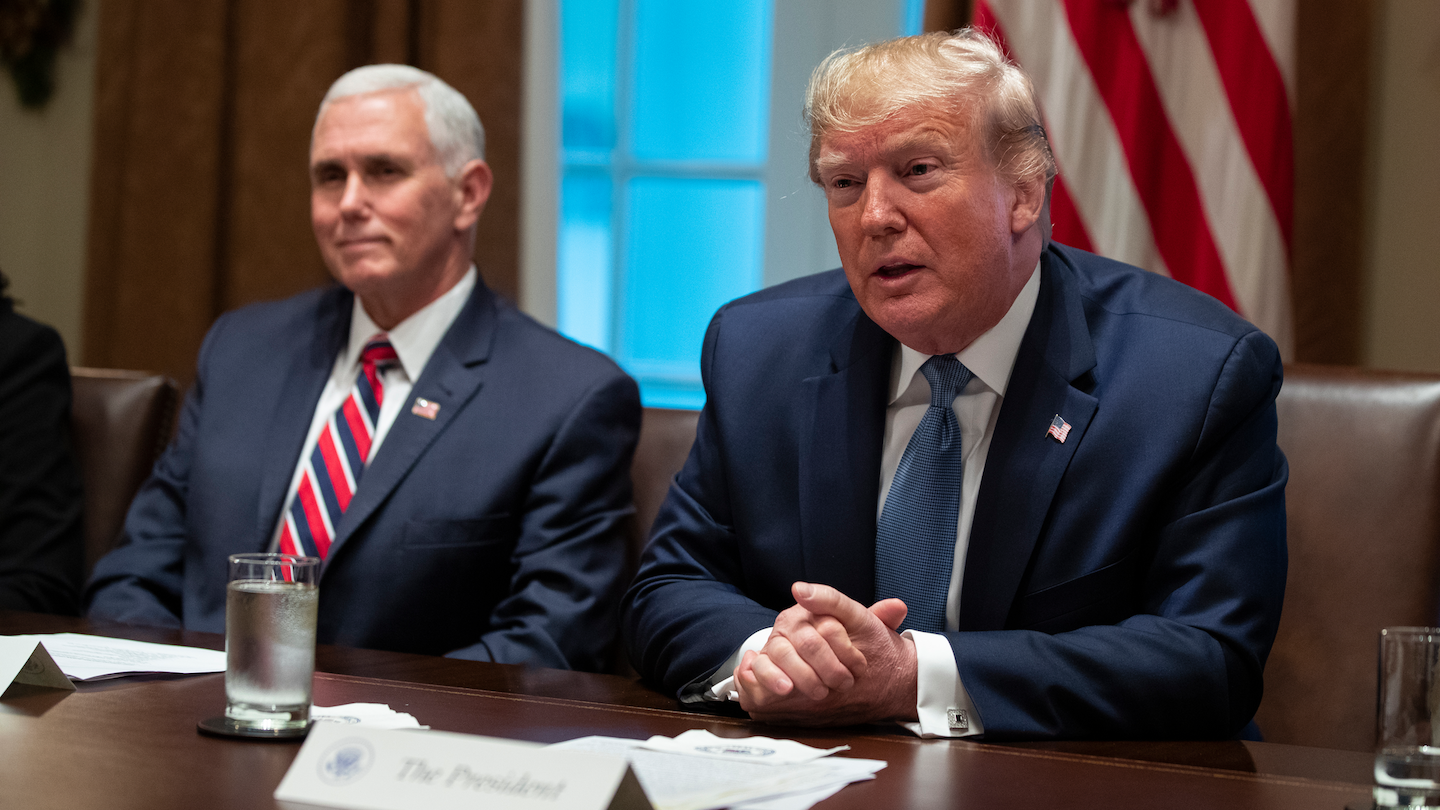 Pelosi is the key congressional force behind the accord, which updates the 25-year-old NAFTA accord that many Democrats — especially from manufacturing areas hit hard by trade-related job losses — have long lambasted.

Pelosi has negotiated with the administration extensively to win stronger enforcement provisions. Her efforts have appeared to build support among Democrats.

“There are those who I read about in one place or another that say, ‘why would you give President Trump a victory?'" Pelosi said Monday night at a Wall Street Journal event for corporate executives. “Well, why wouldn't we? This is the right thing to do for our trade situation, for our workers."

NAFTA eliminated most tariffs and other trade barriers involving the United States, Mexico and Canada. Critics, including Trump, labor unions and many Democratic lawmakers, branded the pact a job killer for the United States because it encouraged factories to move south of the border, capitalize on low-wage Mexican workers and ship products back to the U.S. duty free.

Weeks of back-and-forth, closely monitored by Democratic labor allies such as the AFL-CIO, have brought the two sides together. Pelosi is a longtime free trade advocate and supported the original NAFTA in 1994. Trump has accused Pelosi of being incapable of passing the agreement because she is too wrapped up in impeachment.

The original NAFTA badly divided Democrats but the new pact is more protectionist and labor-friendly, and Pelosi is confident it won't divide the party, though some liberal activists took to social media to carp at the agreement.

“There is no denying that the trade rules in America will now be fairer because of our hard work and perseverance. Working people have created a new standard for future trade negotiations,"said AFL-CIO President Richard Trumka. “President Trump may have opened this deal. But working people closed it."

Business groups like the U.S. Chamber of Commerce also chimed in to support the long-delayed agreement.

“We are optimistic this development will open the door to final approval of USMCA on a bipartisan basis by the end of the year, which will especially benefit American farmers, manufacturers, and small businesses,” Thomas Donohue, CEO of the U.S. Chamber of Commerce, said in a statement.

“This agreement has been the result of painstaking bipartisan negotiations over the past year, and would not have been possible if not for the willingness of President Trump to work patiently with Democrats to get something done that he knew was in the best interests of American workers, farmers and manufacturers," said Sen. Rob Portman, R-Ohio, a former U.S. trade representative.

Republicans leaders and lawmakers have agitated for months for the accord but Pelosi has painstakingly worked to bring labor on board. Democrats see the pact as significantly better than NAFTA and Trumka's endorsement is likely to add to a strong vote by Democrats that have proven skeptical of trade agreements.

“I think the vote's going to be pretty good," said No. 2 House Democrat Steny Hoyer, D-Md., a veteran party whip. “There's a general agreement — not total agreement, it's not unanimity — that USMCA is better. It's an improvement. And to the extent that Trumka and labor comes out and says that this is an improvement, I think that that will be unifying."

The pact contains provisions designed to nudge manufacturing back to the United States. For example, it requires that 40% to 45% of cars eventually be made in countries that pay autoworkers at least $16 an hour — that is, in the United States and Canada and not in Mexico.

The trade pact picked up some momentum after Mexico in April passed a labor-law overhaul required by USMCA. The reforms are meant to make it easier for Mexican workers to form independent unions and bargain for better pay and working conditions, narrowing the gap with the United States.

The end-stage talks focused on provisions to improve the enforcement of the accord.