USDA to Open Signup for Conservation Reserve Program on Dec. 9 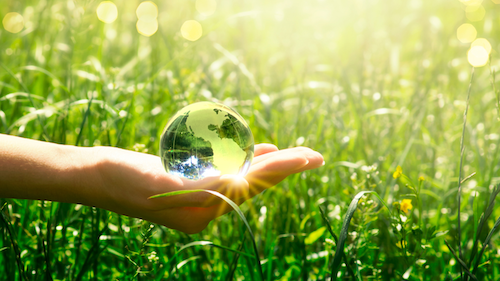 WASHINGTON — Agriculture Secretary Sonny Perdue announced the U.S. Department of Agriculture is opening signup for the Conservation Reserve Program (CRP) on December 9, 2019. The deadline for agricultural producers to sign up for general CRP is February 28, 2020, while signup for continuous CRP is ongoing.

“The Conservation Reserve Program is one of our nation’s largest conservation endeavors and a critical tool to help producers better manage their operations while conserving natural resources,” Secretary Perdue said. “The program marks its 35-year anniversary in 2020, and we’re hoping to see one of our largest signups in many years.”

CRP has 22 million acres enrolled, but the 2018 Farm Bill lifted the cap to 27 million acres. This means farmers and ranchers have a chance to enroll in CRP for the first time or continue their participation for another term.

Signed into law in 1985, CRP is one of the largest private-lands conservation programs in the U.S. The program was originally primarily intended to control soil erosion and potentially stabilize commodity prices by taking marginal lands out of production. This Farm Bill program has evolved over the years, providing a variety of conservation and economic benefits from coast to coast. CRP has:

By enrolling in CRP, producers are improving water quality, reducing soil erosion, and restoring habitat for wildlife. This in turn spurs hunting, fishing, recreation, tourism, and other economic development across rural America.

CRP Grasslands signup helps landowners and operators protect grassland, including rangeland, and pastureland and certain other lands while maintaining the areas as grazing lands. A separate CRP Grasslands signup will be offered each year following general signup. The sign-up period for CRP Grasslands in 2020 runs from March 16, 2020 to May 15, 2020.

Later in 2020, USDA’s Farm Service Agency (FSA) will roll out pilot programs within CRP: CLEAR 30, which allows contracts expiring with CLEAR practices to be reenrolled in 30-year contracts and in the Soil Health and Income Protection Program (SHIPP) in the prairie pothole region. More information on these programs will be announced in the new year.

The CRP Transition Incentives Program (TIP) is an option for producers interested in transitioning land to a beginning farmer or rancher or a member of a socially disadvantaged group to return land to production for sustainable grazing or crop production. CRP contract holders no longer need to be a retired or retiring owner or operator to transition their land. TIP participants may have a lease less than five years with an option to purchase, and they have two years before the end of the CRP contract to make conservation and land improvements.

Land enrolled in CRP under a 15-year contract that expired in September 2017, 2018 or 2019, may be eligible for enrollment if there was no opportunity for re-enrollment and the practice under the expired contract has been maintained.

CRP marks its 35-year anniversary in 2020, and FSA will continue to highlight the impacts of the program that was created in 1985 and the many stewardship-minded farmers, ranchers and landowners who have participated over the years. Learn more.

To enroll in CRP, contact your local FSA county office or visit fsa.usda.gov/crp.