It overrules a circuit judge's grant for Nestle Waters North America’s request to put the booster pumping structure in an area zoned for agricultural uses. 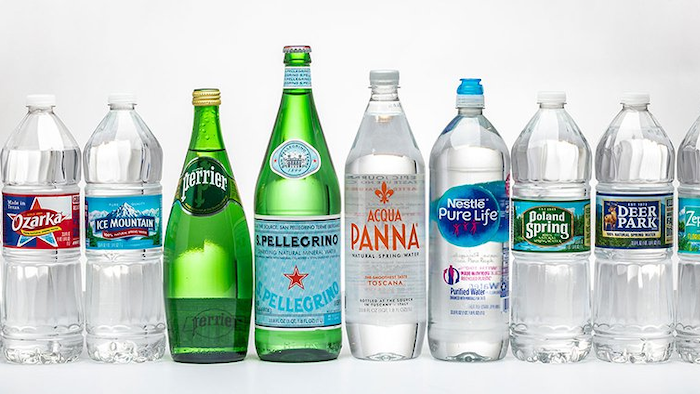 TRAVERSE CITY, Mich. (AP) — The Michigan Court of Appeals sided against a Nestle water bottling company Tuesday in a dispute over a pumping facility needed for a significant expansion of its operation.

A three-judge panel unanimously overruled a circuit judge who had granted Nestle Waters North America’s request to put the booster pumping structure in an area zoned for agricultural uses.

Nestle said it was disappointed with the court ruling and would “evaluate our possible next steps in the legal process.”

The company has long been a target of environmental groups that oppose its pumping of groundwater in rural Osceola County for bottling with the Ice Mountain label. They contend it lowers water levels in streams and rivers, while the company says it does no harm.

Michigan’s Department of Environmental Quality granted a permit last year for Nestle to boost its withdrawal rate from 250 gallons per minute to 400 gallons per minute. That decision is on appeal before an administrative law judge.

To support the higher volume, Nestle wants to install a booster pump station along the pipeline that carries the water from its well to Evart, Michigan, where it is loaded into tanker trucks and hauled to a bottling plant in Stanwood.

The owner of the property where the company wants to put the station agreed to host it. But local township officials said the structure did not qualify as the area is zoned agricultural.

In its ruling Tuesday, the appeals court panel said that finding was “clearly erroneous,” noting that the ordinance described “essential services” as things such as electrical substations, gas regulator stations and wastewater treatment facilities.

While water is essential for life, water bottled and sold for a profit is not — except in places with no other source, which isn’t the case with the Nestle plant, the appeals judges said. They also found that the proposed facility wasn’t eligible for a special land-use permit and did not meet the definition of a “public water supply” like tap water.

Nestle contended Osceola Township’s denial of its zoning permit was a backdoor means of preventing the company from stepping up withdrawals from its well, contrary to state law. But the appeals panel said there was no proof of that.

“Ultimately, the township is attempting to enforce its zoning ordinances,” according to the opinion by Judges Cynthia Stephens, Deborah Servitto and Amy Krause. “Enforcing a zoning ordinance is neither exceptional nor forbidden.”

The township has not taken a position for or against the Nestle expansion, said its attorney, Bill Fahey.

“Our position has been that we’re going to enforce our zoning ordinance,” he said. “From our perspective, local control can be exerted in a situation where even a big corporation like Nestle wants to impose a particular land use on a piece of township ground.”

It was not immediately clear how the court’s decision might affect Nestle’s plans for increasing its pumping. Arlene Anderson-Vincent, natural resource manager for Ice Mountain, said the company had “evaluated several options.”

“From the beginning, our goal with this request has been to reduce, as much as possible, any impact to the local community and the environment,” Anderson-Vincent said. “In addition, the structure would be a positive contribution and would provide additional tax revenue to Osceola Township.”