Edete has completed a series of field trials in almond orchards using a unique pollen harvesting and mechanical pollination system. 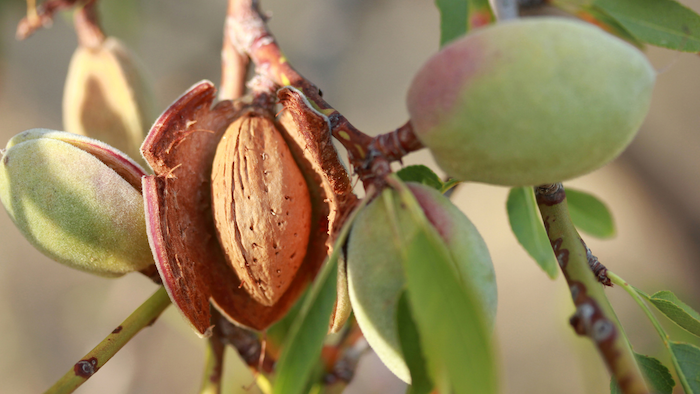 Israeli agritech startup Edete Precision Technologies for Agriculture has successfully completed field trials in almond orchards in Israel using its unique mechanical pollen harvesting and pollination system. The field trials are crucial for advancing the company's planned entry into the huge almond market in California. The trials resulted in a substantially increased yield in Israel. Additionally, Edete has recently tested its technology in Australia and proved its ability to produce high-quality viable pollen.

There has been a decline of nature’s pollinators, namely insects and specifically honeybees, that together with some other shortcomings of the good old bee has led to an intensified search for a solution to solve the challenge facing farmers who need to grow more fruits. This challenge must be met in order for more food to be produced to meet the needs of the world’s growing population. About 75 percent of the world’s crops rely on insect pollination for yield and quality. Without an alternative pollination solution to reduce the dependency on honeybees in the coming years, food prices might climb sharply, and supply might not meet the growing demand.

Larger commercial scale testing of Edete's new system will continue in Israel and Australia. The company plans to begin a pilot program using the technology in 2022 in California, the world’s largest almond growing region.

“We are initially focusing our efforts on almonds, but our game-changing technology has huge potential for a wide range of other crops as well,” said Eylam Ran, CEO and co-founder at Edete. The list of additional crops is long and includes apples, cherries, pears, blueberries, plums, cotton, rapeseed, and sunflowers, to name a few.

The global almond market is estimated at over $7 billion annually, while 80 percent of it is in the US, most of which is in California. Costs are rising, as growers spend on beehive pollination services over $400 million per season.

“We will be targeting top tier producers in California, where 7 percent out of 7,400 growers account for more than half of the cultivated area,” Ran noted. The market structure is much the same in Australia.

Edete’s system is based on the mechanical collection of flowers and extracting pure pollen out of them. The company’s proprietary method enables the maintaining of good germinability rates of pollen stored for over one year. The pollen is applied on the trees using the company’s unique robotic pollination system which utilizes a combination of technologies to disperse an optimal dosage of pollen on the target flowers to achieve effective pollination. The application units can work during day or night and independent of ambient temperature.

Edete's business model is based on supplying pollination services, like current contracting of beehives, the price of which continues to rise. The service is expected to be competitive with current pollination alternatives but is expected to result in an estimated increase of 10 to 20 percent in yields and with much less volatility from one growing season to the next.

Edete's Chairman, Co-founder and one of the seed investors in the company is Ori Inbar, who served as a VP in SCR Dairy, which was acquired in 2014 for $240 million by Allflex (which now goes under the name Antelliq) and was subsequently bought in 2019 by Merck/MSD for $3.7 billion. Inbar believes that “the transformation that Edete hopes to bring about in the world of plant pollination will be no less revolutionary than what artificial insemination using frozen semen brought to dairy farming.”

Founded in 2016, Edete’s team is multidisciplinary, comprising 10 employees, including highly skilled researchers and engineers. Eylam Ran, the company’s CEO and co-founder, served as a VP of engineering and R&D at Plasan, a global leader in vehicle protection for security forces. Co-founder Keren Mimran, who acts as Edete's VP for Business Development and Marketing, previously served in a similar role at Store Next, a B2B commerce and information services startup for the consumer goods market. Co-founder Elad Etgar is an experienced inventor of harvesting solutions.Since its establishment, Edete has raised around $4.8 million in pre-seed and seed funding, including $1 million from the Israel Innovation Authority. The company intends to raise additional funds in a Series A round during 2020, to support its growth plans and entry into the US market.

Ways to ensure smoother deployment that delivers on the promise of edge computing while keeping your project on time and on budget.
Jun 14th, 2021

Q&A: You Can’t Afford Not to Digitize

The opportunities and challenges of remote inspections.
Jun 11th, 2021

FBI Director Christopher Wray said victims may not get back their data even after forking over millions.
Jun 11th, 2021

Tyson becomes the first US-based protein company to have an emissions reduction target approved by the Science Based Targets initiative.
Jun 10th, 2021