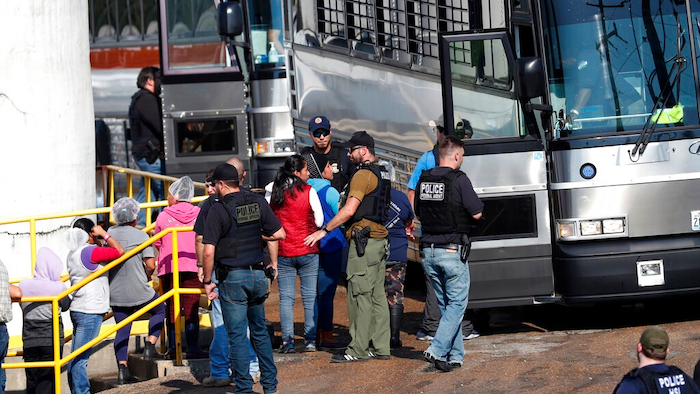 Thompson says he still wants answers as to why U.S. Immigrations and Customs Enforcement launched the raids without making sure children wouldn't be left without parents, even temporarily. Thompson says dozens of children went home without parents that day, although many parents were among the more than 300 people who were released within 24 hours following their initial arrest.