Several factors have combined to show that shore crab parasites could pose a threat to the entire shellfish industry. 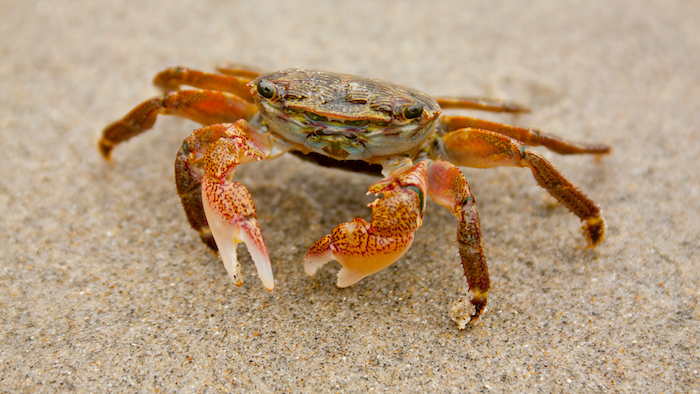 Shore crabs carry parasites that pose a major threat to shellfish stocks. In a new study, Swansea University researchers have used several different detection methods, including taking DNA from seawater, to build up the first comprehensive picture of the problem.

The common European shore crab is native to the UK, Ireland and the north east Atlantic. It shares this habitat with lots of species which are commercially very important, such as the edible crab and langoustines. However, the shore crab is also a very invasive species as it can survive in a wide range of different environments. The species has now spread to the U.S, South Africa and Australia, amongst other places.

These factors combined mean that the shore crab could pose a threat to the shellfish industry in terms of disease transmission. Fishing for edible crabs in the UK and Ireland alone is a $64 million industry. Understanding more about the diseases borne by shore crabs is therefore critical, which is where the Swansea University research comes in.

The team, from the BlueFish project in the University's Biosciences department, examined over 1,200 crabs which they gathered over a one-year period from two locations, Mumbles Pier and Prince of Wales dock, in Swansea Bay. They were looking for evidence of one particularly damaging parasite, called Hematodinium, to establish how extensively and how severely the crabs in the study were infected.

They used a range of testing methods, analysing blood smears, tissue from the crabs through histology, and examining their DNA using a technique called PCR (polymerase chain reaction), which allows them to make several copies of a specific DNA segment. They also used environmental DNA, a relatively new technique which involves taking DNA from the surrounding seawater. This means they can look for evidence of the parasite even before it infects the crab, allowing them to build up a picture of the complete life cycle of the parasite.

The researchers underlined that their work showed that multiple detection methods were crucial in building up an accurate picture of diseases. In particular, environmental DNA analysis was essential in understanding and tracking the whole life cycle of the parasite.

Dr Charlotte Eve Davies from Swansea University College of Science, Scientific Officer on the Bluefish project, said: "Outbreaks of disease can devastate shellfish stocks and the livelihoods of people in the sector. That's why it is so important to understand the role of the shore crab in hosting the parasites and carrying disease.

"The systematic approach we used, employing different detection methods, is vital in getting the best possible picture of the problem. In particular, the use of environmental DNA is useful in identifying possible pre-host stages in the life cycle of the parasite."