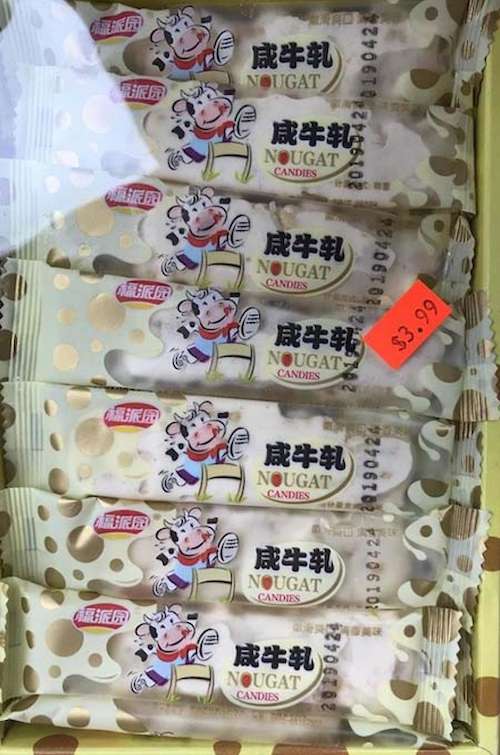 Brooklyn, New York-based Rong Shing is recalling packages of its FuPaiYuan Nougat candy because they may contain undeclared eggs and milk allergens. Consumers who are allergic to eggs and milk may run the risk of allergic reactions if they consume this product. The 450 gram packages were distributed nationwide in retail stores and through mail orders.

No illness or allergic reactions involving this product have been reported to date. The recall was initiated after routine sampling by New York State Department of Agriculture and Markets Food Inspectors and subsequent analysis by Food Laboratory personnel revealed the presence of eggs and milk not declared on the label.