BlueNalu anticipates each facility producing up to 18 million pounds of seafood products per year, or about 72 million four-ounce seafood fillets. 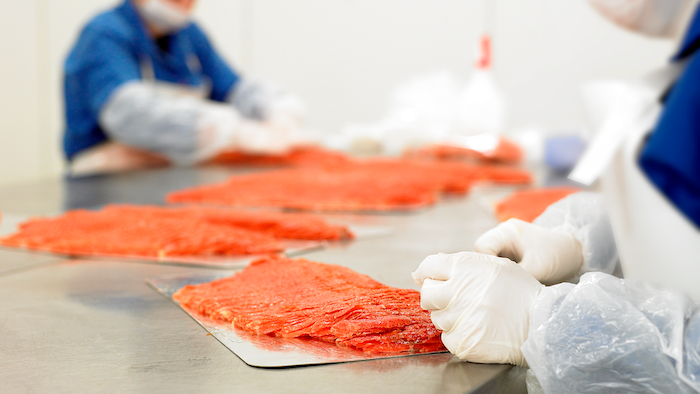 BlueNalu, a company looking to produce seafood directly from fish cells, recently announced its commercialization strategy and food facility design schematics for large-scale production. According to the company, this is the first time that any company has provided facility design schematics for large-scale production of foods via cellular agriculture or aquaculture.

“We have developed an optimal strategy for scaling up production of cell-based seafood from a variety of finfish, crustaceans and mollusks to meet global demand,” stated Lou Cooperhouse, president & CEO of BlueNalu.

BlueNalu has created a five-phase commercialization strategy that starts with R&D and small-scale pilot testing, evolves to a phase that enables market research testing, and culminates in 150,000-square-foot processing facilities. It is anticipated that each facility will produce up to 18 million pounds of finished seafood products per year, or about 72 million four-ounce seafood fillets annually.

BlueNalu is currently entering its first phase of development, producing whole seafood medallions and fillets at pilot-scale. The company plans to introduce products into a test market in two to three years, and break ground on its first large-scale production facility in five years. This production facility will meet Good Manufacturing Practices (GMP) guidelines and comply with regulatory requirements determined by the FDA for food production.

The BlueNalu facilities will each be designed to serve regional population centers, initially focused on serving countries in North America, Asia, and Europe, where there is the greatest current and projected per capita consumption of seafood. The company intends to replicate its initial facility to dozens of locations across the globe, making continual operational enhancements along the way, and selecting varieties of fish, product applications, and marketing channels to meet the needs of each selected region.

“We have recently developed stable fish muscle cell lines of multiple species, and accomplished this without using genetic engineering,” said Chris Dammann, PhD, CTO of BlueNalu. “This is critical, since large-scale production of seafood products will require a reliable and consistent supply of real fish muscle cells.”

BlueNalu plans to produce seafood from species that are overfished, primarily imported, contain higher levels of mercury and other environmental pollutants, and/or are difficult to farm-raise. It also will focus initially on seafood that commands a premium price and has strong consumer familiarity.