Ethanol margins were at or near zero during June and July because of rising corn prices and high ethanol inventory levels. 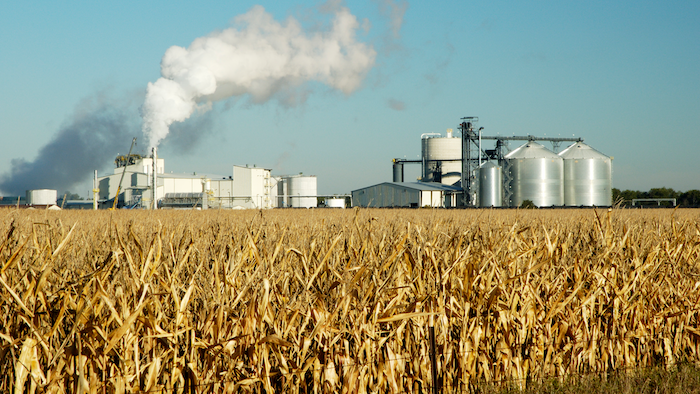 According to the Energy Information Administration, estimated operating margins for corn-based fuel ethanol plants in the Midwest decreased to multiyear lows in 2019, averaging about 3.5 cents per gallon through the first half of the year. Ethanol margins were at or near zero during June and July because of rising corn prices and high ethanol inventory levels. Lower operating margins mean some ethanol plants may cut or even pause production until conditions improve.

Ethanol operating margins are lower in 2019 in part because ethanol production has been high despite limited domestic demand growth. At current production rates, domestic ethanol blending into motor gasoline and fuel exports has not been able to absorb growing supplies, leading to oversupply and putting downward pressure on ethanol prices. Fuel ethanol production and inventories have been either near or higher than their five-year averages for most of 2019, and they both set new seasonal records in June and July.

Overall profitability for corn ethanol production is largely determined by the relationship between ethanol prices and corn prices, with corn being the primary feedstock cost in producing ethanol. The production process for corn ethanol has become more efficient over time, currently yielding about 2.8 gallons of ethanol for every bushel of corn. Lack of demand growth both domestically and globally has helped keep Iowa ethanol spot prices relatively low this year, averaging $1.28/gal in the first half of 2019, about 10 cents/gal lower than the same period in 2018.

Ethanol operating margins have recently fallen further as a result of sharp increases in corn prices. Iowa corn spot prices averaged about $4.20 per bushel in June, 15 percent higher than the previous month and the highest price since June 2016. Corn prices have been driven up because significant flooding in the Midwest has delayed expected harvests and potentially lowered corn yields. Higher feedstock costs and relatively unchanged ethanol demand have driven ethanol margins and profitability to multiyear lows, and current ethanol production levels may soon be affected.

The EIA forecasts that U.S. ethanol production will average 1.03 million barrels per day in 2019, about two percent less than the 2018 average, marking the first decrease in annual production since 2012. EIA expects that by 2020 excess ethanol supplies will be consumed and normal weather and harvest conditions will help production levels increase slightly to an average of about 1.05 million b/d, which is similar to 2018 levels.