The number of private chefs in the past decade has quintupled. 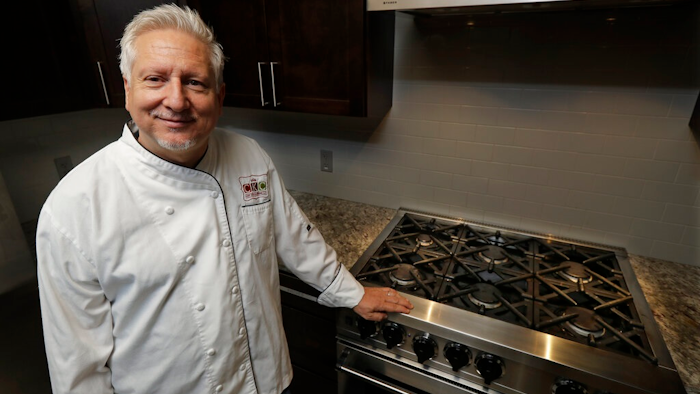 WASHINGTON (AP) — Ken McNamee has an upfront view of the river of wealth cascading through Seattle these days.

A private chef, McNamee prospects for clients at the tony country club where he spends part of his week preparing luxe meals. The parking lot is dotted with Ferraris and Porsches. The members include Bill Gates and Jeff Bezos.

McNamee has cooked in exclusive clubs around the world. Yet he's sometimes overwhelmed by the scale of riches around Seattle. On a visit to a potential client at a home on Lake Washington, not far from Gates' house, McNamee encountered an indoor pool, two kitchens, a dumbwaiter and a trove of artwork.

A rising number of American workers may be feeling nearly as dazzled on the job. One of the fastest-growing job categories of the past decade has been in what David Autor, an economics professor at MIT, calls "wealth work": Catering to the whims and desires of affluent households.

The trend has coincided with the longest U.S. expansion on record, which surpassed the decade mark this month. That streak of growth — and the surging stock market gains that accompanied it — has left the richest households with a greater proportion of America's wealth than before the Great Recession began in 2007. By contrast, just 2% of the increased wealth has gone to the bottom half of the population.

Most "wealth work" jobs aren't quite as glamorous as McNamee's. But they're growing fast.

The number of massage therapist jobs has more than doubled in the past decade. So have manicurists and pedicurists. The number of private chefs, like McNamee, has quintupled. A category that mostly consists of jobs walking and grooming dogs is up 60%. You can now even get a college degree in "canine training and management ."

Yet economists note that most so-called wealth jobs don't benefit workers or the economy as much as traditional employment does. Most wealth workers are self-employed and so lack employer-provided health insurance, retirement plans and other benefits. They often earn relatively low wages, and their incomes tend to fluctuate depending on how many clients they have. Nor do they have many opportunities to learn new skills, undergo advanced training or move up a career ladder.

"They contribute to this jittery, anxious moment," said Mark Muro, a senior fellow at the Brookings Institution. "It's a boom that also feels precarious."

In data analyzed exclusively for The Associated Press, Muro calculates that there were 3.2 million wealth worker jobs in 2017, up from 2.8 million in 2010. They have grown faster than such traditional occupations as sales, education, manufacturing and office administrative work. Their pay averaged about $36,000 in 2017, far below the average for all occupations of $51,000.

At the same time, wealth work has been a crucial source of jobs and income, particularly for those without college degrees, Autor and Anna Salomons of Utrecht University wrote in a paper earlier this year.

Wealth positions also hold one advantage: Because these jobs require personal interaction, they are immune to the threat of automation and outsourcing.

"You can't have someone spotting you on a weight bench from China," said Lucas Puente, formerly the chief economist at Thumbtack, an online small business marketplace.

Yet jobs that require interpersonal skills, like nursing, tend to be disproportionately held by women. Muro calculates that about 60% of wealth workers are women, compared with about half of all workers. That means men aren't fully participating in a sector with rapid job growth.

The main driver of growth in these jobs is the expansion of the upper-middle class. Nearly 8% of U.S. households earned $200,000 a year or more in 2017, according to the Census Bureau . That figure is up from just below 6% in 2007, adjusted for inflation.

Sue Forrest, 58, has hired three personal chefs in the past several years to cater parties and visit her house to cook a week's worth of meals that are then frozen and reheated. Forrest works as a graphic designer from her home in Durham, North Carolina. Her husband, George, is a consultant for the utility industry.

"Business has continued to thrive and grow," she said, making it affordable for her family to pay a chef.

Wealth workers are more common in large metro areas, where their clients congregate. As such, they are likely contributing to the widening economic divides between the most vibrant big cities and smaller towns and rural areas. Wealth occupations are 1½ times more likely to exist in the 20 richest metro areas than in other large cities, Muro calculates. Only 15% are in small towns or rural areas.

One thing that could slow the growth of these jobs, of course, would be another recession. A stock market plunge would shrink the wealth of affluent Americans, which would likely lead them to cut back on spending.

Nicholas Smith, a personal trainer in San Francisco, says he tries to keep his prices affordable for upper-income workers, rather than relying on the uber-wealthy, as a hedge against a downturn. Still, he harbors no illusions.

"I know I'm a luxury," Smith said. "If the economy were to fall, I'd be one of the first things to go most likely."