The optics of drug-like syringes littering the fair grounds and the impact of single-use plastics drew complaints. 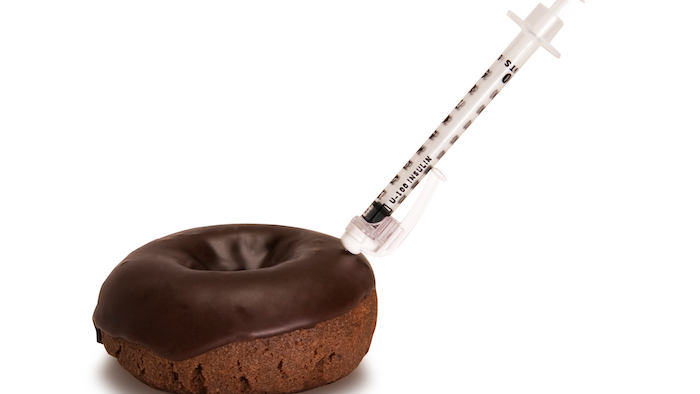 MINNEAPOLIS (AP) — Doughnuts with a side of syringes have been nixed from the Minnesota State Fair after the offering was roundly criticized. Last month fair officials announced the new foods that would be available at this year's event, including doughnut holes that came with three syringes of do-it-yourself fillings — Bavarian cream, chocolate custard and lingonberry jam.

But, the optics of drug-like syringes littering the fair grounds and the impact of single-use plastics drew complaints. The Star Tribune says an online petition against the syringes has generated more than 3,000 signatures. Jason Holtz, who launched the petition, says that with the opioid crisis, the message should not be sent that tasty things come from syringes.

The Wingwalker Donut Flight will instead be served with a compostable tray so customers can dunk the doughnuts instead.