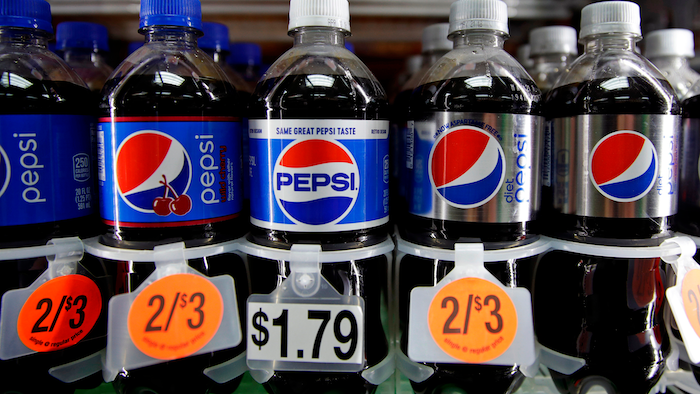 PURCHASE, N.Y. (AP) — PepsiCo reported better-than-expected profit and revenue in its most recent quarter thanks in part to U.S. price hikes.

Pepsi raised prices last fall to cover higher transportation and aluminum costs. In a company conference call, some analysts expressed concern about the trend, saying they would like to see more balance between pricing and volume growth.

But CEO Ramon Laguarta — who took over last fall following the departure of longtime CEO Indra Nooyi — said Pepsi is commanding higher prices because consumers are moving to smaller pack sizes and to healthier, higher-value foods that tend to cost more. Growth in convenience store and dollar store sales are also contributing.

"Those are trends that are positive for the category," he said. Laguarta also said North American beverage sales were slower in the spring because of cold, wet weather.

The company posted second quarter earnings of $2.04 billion, or $1.44 per share. The per share earnings were $1.54 when adjusted for one-time items, or a nickel better than Wall Street had expected, according to a survey by Zacks Investment Research.

The company also maintained its guidance for full-year earnings. It expects those to fall one percent to $5.50 per share. Industry analysts have been projecting 2019 per-share earnings of $5.53, according to FactSet.

Laguarta said Pepsi is spending heavily to increase manufacturing capacity, partly because of consumers' conversion to smaller pack sizes. Some brands also will see increased marketing spending this year. Mountain Dew, which has been losing market share, will get an advertising push and new varieties later this year.

Shares of Pepsi, based in The Purchase, New York, fell slightly to $132.23 in early trading. PepsiCo shares have climbed 20 percent since the beginning of the year, double that of rival Coca-Cola Co.