The 'alcohol plume' from the bourbon runoff in the Kentucky River is approximately 23 miles long. 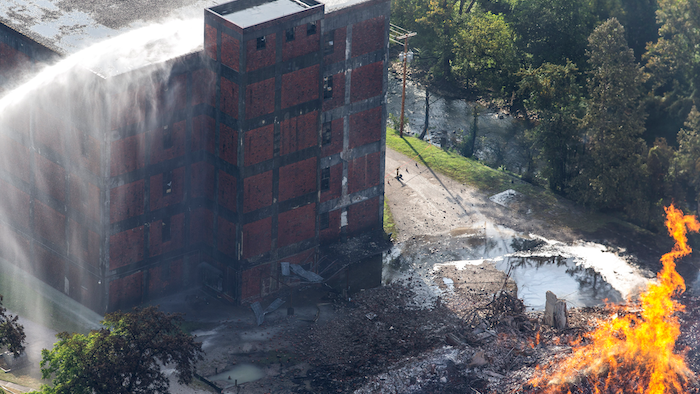 VERSAILLES, Ky. (AP) — Bourbon that leaked from a fire that destroyed a Jim Beam barrel warehouse in Kentucky is making its way to the Ohio River. State environmental officials say they're assessing wildlife impacts and doing fish kill counts along the waterways near the Woodford County facility.

The Kentucky Energy and Environment Cabinet says in a release on social media that an "alcohol plume" from the bourbon runoff in the Kentucky River is approximately 23 miles long.

The cabinet says the bourbon should dissipate very quickly once it reaches the much larger body of water. Officials estimate about 45,000 barrels of bourbon were destroyed in the fire that started last Tuesday. It was extinguished over the weekend.