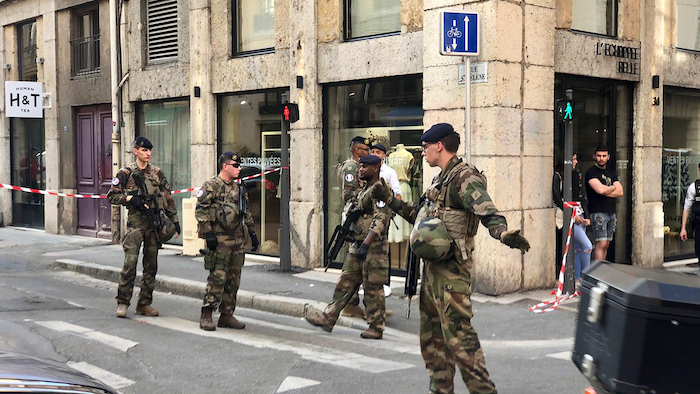 PARIS (AP) — A man arrested for a bombing outside a bakery in Lyon, France, last week that injured 13 people has told investigators that he had pledged allegiance to the Islamic State group.

A judicial official said Thursday that the suspect claimed to have acted in the name of IS. The group has not issued a public claim of responsibility for last Friday's explosion in France's third-largest city. The official was not authorized to be publicly named.

The suspect was identified as Mohamed Hichem M. His parents and brother were also detained, but the Paris prosecutor's office said they were released Thursday without charge. Mohamed Hichem M. remains in custody as part of an investigation into attempted murder in relation with a terrorist undertaking. His specific motives remain unclear.

France has seen sporadic attacks in recent years, some by Islamic extremists.