The USDA says it received multiple complaints from consumers. 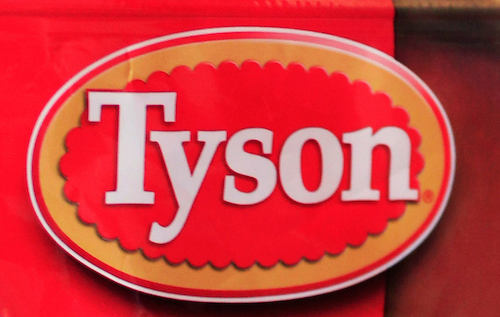 WASHINGTON (AP) — Arkansas-based Tyson Foods is recalling more than 69,000 pounds of frozen, ready-to-eat chicken strips because they may be contaminated with pieces of metal. The products subject to recall include 25-ounce bags of Buffalo style and crispy chicken strips, as well as 20-pound cases of the Buffalo style product.

The U.S. Agriculture Department said Thursday that these products were produced on November 30, 2018 and distributed to retail stores nationwide, as well as for institutional use Michigan and Washington. The USDA says it received two complaints about the metal, but there are no confirmed reports of anyone being injured.

The recall comes after a similar Tyson recall in January that centered on chicken nuggets containing pieces of soft, blue rubber.

San Diego-based BlueNalu said the financing will enable it to develop a pilot production facility, expand staff and implement alliances for its supply chain.
Feb 27th, 2020

Here's a look at the latest business impacts from the new coronavirus that continues to spread outside of mainland China.
Associated Press
Feb 27th, 2020

The ruling Communist Part has ordered areas that are at lower disease risk to revive manufacturing and other businesses that have been shut for a month.
Joe McDonald
Feb 27th, 2020

About 81,000 people around the globe have been sickened by the coronavirus that keeps finding new targets.
Matt Sedensky
Kim Tong-Hyung
Feb 26th, 2020

Starbucks said its new breakfast sandwich will be available at almost all its 1,500 Canadian stores in March.
Feb 26th, 2020