A combined 1.5 tons of meat is involved in the recalls. 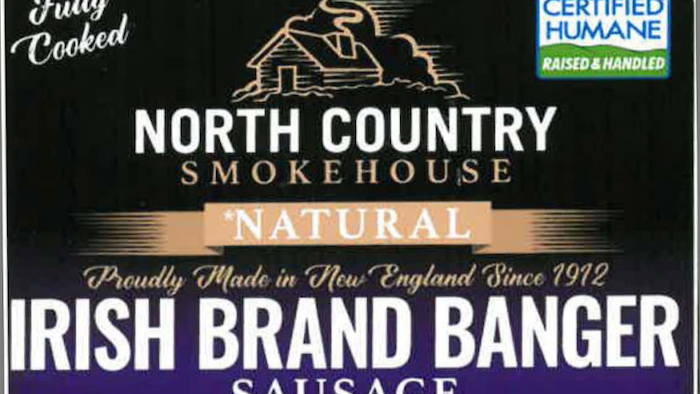 North Country Smokehouse in Claremont, New Hampshire and Carnivore Meat Company in Franklin, Tennessee recently issues separate recalls, but both are due to the same type of labeling error. The U.S. Department of Agriculture’s Food Safety and Inspection Service (FSIS) made both announcements.

North Country is recalling approximately 2,601 pounds of pork sausage products due to a label identifying the product as gluten free . However, the 12-ounce packages of ready-to-eat Natural Irish Brand Banger Sausage contains wheat. Wheat, which is an allergen, is also listed in the product’s list of ingredients. These items were shipped to distribution and retail locations nationwide. The company notified FSIS on March 11 after receiving a consumer complaint.

Similarly, Carnivore Meat Company is recalling approximately 379 pounds of raw ground beef and pork sausage products due to misbranding and undeclared allergens. The products contain soy, a known allergen, which is not declared on the product label. The one and two-pound packages of sausage were produced on January 8 and shipped to retail locations in Florida and Georgia.

The problem was discovered on March 12 by FSIS personnel during a food safety assessment at the facility. There have been no confirmed reports of adverse reactions due to consumption of products related to either of the recalls.