The company was boosted by American whiskey and tequila sales, but cautioned that it's starting to feel the pinch from tariffs in key European markets. 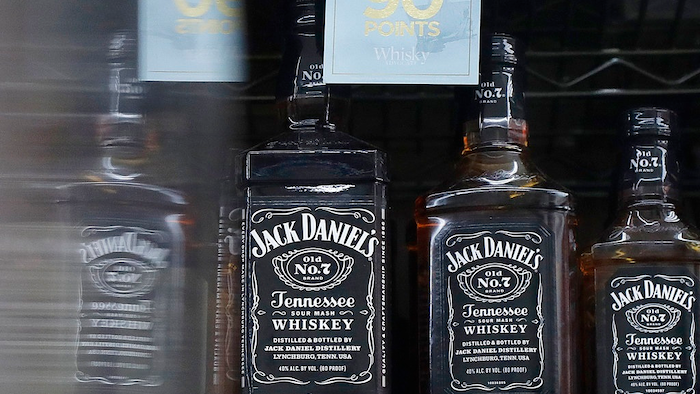 LOUISVILLE, Ky. (AP) — Liquor company Brown-Forman Corp. reported slightly higher second-quarter net income Wednesday on the strength of its American whiskey and tequila sales, but cautioned that it's starting to feel the pinch from tariffs slapped on its spirits in key European markets.

Brown-Forman, like other large spirits companies, stockpiled inventories in bracing for the effects of tariffs imposed in the European Union that targeted American whiskey and other U.S. products in response to President Donald Trump's decision to impose tariffs on European steel and aluminum. In the first quarter, Brown-Forman estimated stockpiling contributed about two to three points of its underlying net sales growth.

"While we are largely absorbing the tariff costs during fiscal 2019, we are confident in the long-term growth potential for our brands as we continue to build awareness with new consumers and increase our global distribution," said COO Lawson Whiting, the company's incoming CEO.

Brown-Forman maintained its full fiscal-year earnings projection of $1.65 to $1.75 per share on projected underlying net sales growth of 6 percent to 7 percent. The earnings prediction assumes tariffs will remain in place the full fiscal year, it said.

For the first half of its fiscal year, underlying net sales in developed international markets grew by 5 percent, driven mainly by volume gains, the company said. But the tariff-related stockpiling momentum from the first quarter largely evaporated in the second quarter.

"As anticipated, the developed international markets, and more specifically Europe, experienced substantial giveback during the second quarter associated with the first quarter's wholesale and retail level tariff-related buy-ins, effectively reversing the incremental benefit from the first quarter," Brown-Forman said in its earnings release.

In the U.S., underlying net sales grew by 3 percent in the first six months of the fiscal year, Brown-Forman said.

Emerging overseas markets posted another round of strong growth in underlying net sales, the company said.

Brown-Forman shares have fallen 12 percent since the beginning of the year. The stock has declined 5 percent in the last 12 months.