Graphic warning labels with color images were mandated by a law passed in 2009, but the FDA still hasn't finalized the wording of the rules. 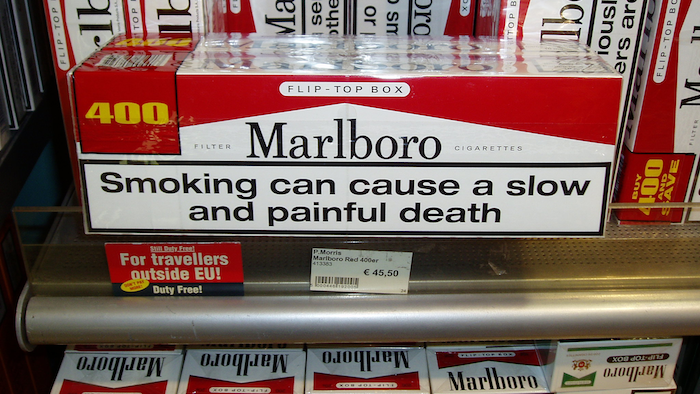 BOSTON (AP) — A federal judge is ordering the Food and Drug Administration to quickly finish writing a rule requiring graphic warnings on cigarette packages and advertisements.

Judge Indira Talwani in Boston said Wednesday the FDA hasn't worked fast enough to issue new requirements after previous graphic warnings were struck down in 2012 when challenged by tobacco companies.

She's giving the FDA until later this month to provide an expedited schedule for finalizing the graphic warnings rule.

Her ruling came in a case brought by several public health and medical groups in 2016.

Graphic warning labels with color images were mandated by a law passed in 2009.

An FDA spokesman said the agency continues "to move forward on the work to support a new rulemaking." He says the FDA is analyzing the judge's decision and will comply with the court.

Plan Could Save Big Tobacco