The company is wrestling with declining soup and juice sales as many seek foods that are considered healthier and less processed. 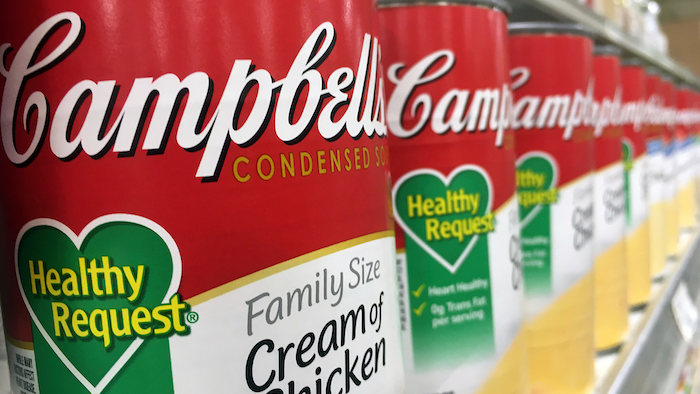 NEW YORK (AP) — The top executive at Campbell Soup will retire and the company is undergoing a strategic review as it tries to revive sales that have been under pressure due to shifting American tastes. Denise Morrison, who has been has been CEO since 2011, is being replaced immediately by Keith McLoughlin, who will lead the company on an interim basis.

Shares plunged more than 12 percent at the opening bell Friday. McLoughlin, the former CEO of appliance maker Electrolux, has been a board member at Campbell Soup Co. since 2016.

The New Jersey food company is wrestling with declining soup and juice sales in a market crowded with competitors at the same time that many families are seeking foods they consider healthier and less processed. The company posted a third-quarter loss of $393 million on Friday and lowered its earnings projections for the year, due in part to the acquisition of the snack company Snyder's-Lance, Inc.

Campbell's now expects 2018 earnings to decline between five and six percent, greater than the previous projections of a decline ranging between one and three percent.

Industry analysts scrambled to break down what happened during the quarter, focusing on falling gross margins, higher costs. There are just a lot of unanswered questions at this juncture," wrote David Driscoll of Citi Research.