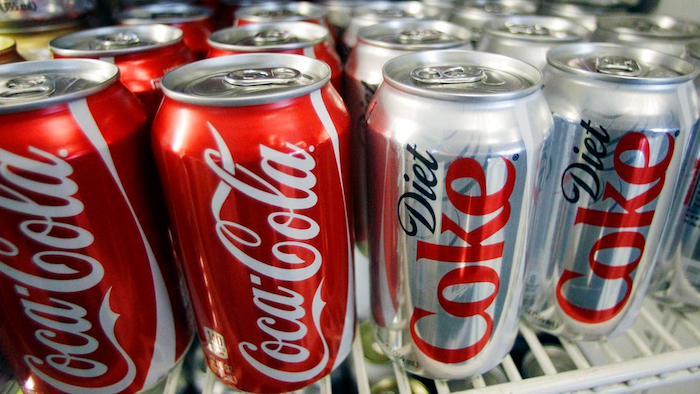 Coca-Cola's began selling Coca-Cola Zero Sugar, a reformulated replacement for Coca-Cola Zero, in 20 markets last year. It reported a "double-digit" growth during the quarter Tuesday. The company has also been moving its Honest and Smartwater brands into more international markets.

It's also been branching out with small-batch and specialty drinks and focusing more on sales of concentrates. The shift cut into revenue, but it's also lowering costs.

Net income rose 16 percent to $1.37 billion, or 32 cents per share. Excluding one-time gains and costs, it reported 47 cents per share in profit, beating Wall Street's per-share expectations by a penny.

The world's largest drink maker reported a 3 percent boost in volume and a 4 percent jump for concentrates, with its namesake brand contributing the most. Concentrate sales rose in every region but Latin America, where they were flat.

"We're encouraged with our first quarter performance as we continue our evolution as a consumer-centric, total beverage company," said CEO James Quincey.

Revenue fell 16 percent to $7.63 billion during the quarter, mainly because it's shedding its bottling operations. The numbers still topped Wall Street expectations.