Daniel Schwartz, the CEO of Restaurant Brands International, wants to spread his fast-food chains around the world. 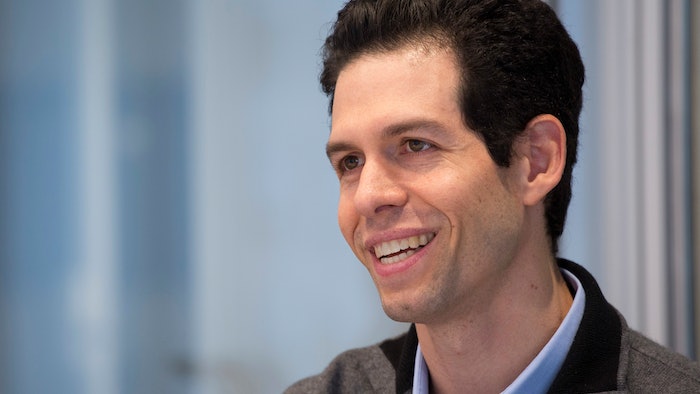 Burger King, for example, has gone from having zero stores in France five years ago to more than 100 today. Canadian doughnut and coffee seller Tim Hortons has expanded into Europe and Asia. And there are plans to bring fried-chicken chain Popeyes, which Restaurant Brands bought earlier this year, to more countries.

Schwartz talked with The Associated Press recently about delivery in the U.S., expansion plans and what he orders from each chain. The questions and answers below have been edited for clarity and length.

Q: Your rivals are expanding delivery in more parts of the country. When will Burger King deliver in the U.S.?

A: We actually explored delivery several years ago in the U.S. prematurely. But it's something that we are focused on now. We're working on it. We're doing delivery in some of our Popeyes restaurants in the U.S. and Canada already.

A: What we saw in Popeyes was an iconic brand with a big opportunity to expand all around the world. If you look at some of the peers in that space, the number of restaurants they have outside the U.S. is quite large. Popeyes is in around 30 to 40 countries, which is very small.

Q: Is Popeyes in China?

A: No, but the answer should be yes. It's a great brand and we think it'll resonate really well with our guests all throughout Asia, so that's a priority.

Q: Why aren't there many Tim Hortons in the U.S.?

Our new partners in Cleveland recently announced they will be opening some restaurants there. It's historically been a predominantly Canadian chain. We heard people ask the same question in the Philippines and the U.K., and now we are opening up restaurants there.

Q: What's up with the crazy menu items, like the Cinnamon Toast Crunch shake at Burger King?

A: We have amazing milkshakes, and it's a nice, fun, playful way of bringing some innovation to them. They get a lot of buzz on social media, and our guests like it.

Q: Do you have to approve those items first?

A: No, no, no. My involvement is fostering this creative and growth culture and being involved in the hiring of good people. I am not choosing the products because we have to empower people to be able to make decisions and be innovative. So if they need my approval to do all these things, then we'd be really slow. And we don't want to be slow.

Q: Which menu items do you order at each place?

A: Whopper, obviously. With Tims, I'll have a double double and lately a latte because we launched espressos this year. It's a lot of coffee. And Popeyes, I'm still in the phase where I just eat everything on the menu. I will tell you, it's rare I have a week where I haven't eaten products from all of them.

Q: Where do you work?

A: I kind of work on an airplane. The Burger King brand headquarters is in Miami. The Tims headquarters and our head office is in Toronto. And we have international offices for the brands in Switzerland and Singapore, so I kind of bop back and forth around all the offices. And I try to spend most of my time visiting our restaurant owners. In the office, you kind of lose sight. You have to go to the restaurants to see what's really happening.