Supporters said area farmers would raise chickens to be slaughtered at the facility, a system they said could generate about $1.2 billion annually for the eastern Nebraska economy. 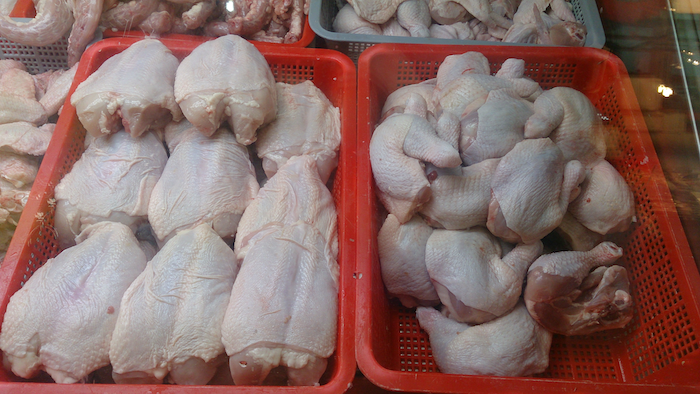 FREMONT, Neb. (AP) — Costco officials have given final approval for construction of a planned chicken processing operation in eastern Nebraska.

Company Vice President of real estate Jackie Frank said Wednesday that site work could begin in the next few weeks. A ceremonial groundbreaking is also planned for June, the Omaha World-Herald reported.

Costco would invest about $280 million to build the plant, hatchery and feed mill complex. Supporters said area farmers would raise chickens to be slaughtered at the facility, a system they said could generate about $1.2 billion annually for the eastern Nebraska economy.

Opponents of the plant expressed concerns in a series of Fremont city meetings last year, some speaking out on how the chicken industry treats farmers as a disposable resource.

The company still needs to secure permits from the state Department of Environmental Quality and the City of Fremont, but City Administrator Brian Newton said it's typical for large projects to begin without all the necessary permits in place.

"It's just a matter of working with their engineers to get the comments and everything addressed," he said.

Documents on the Environmental Quality Department's website show that the project engineers and permitting officials have discussed a timeline in which an air quality construction permit could be issued in August after a public comment period and public hearing. Costco also would need wastewater permits from the department.

Costco already has a permit from the city for grading work, and reviews for other permits are "moving right along," according to Newton.

Farmers wanting to put up chicken bars would also need permits from their own counties. Project manager Walt Shafer of Lincoln Premium Poultry said his company will present to area county boards the project.

The plant is projected to open April 2019.