The company is returning billions of dollars to shareholders. 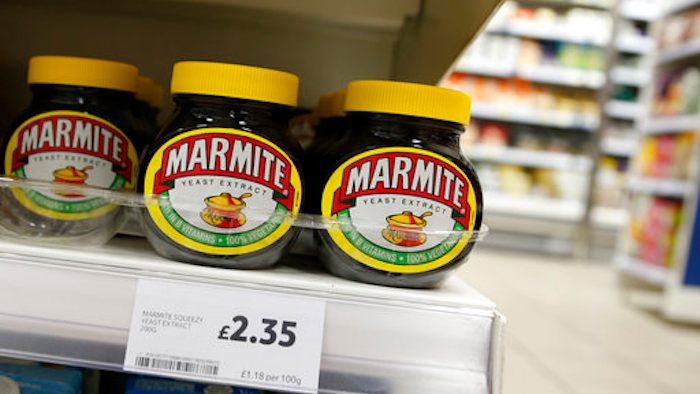 THE HAGUE, Netherlands (AP) — Consumer products giant Unilever is overhauling its operations and returning billions of dollars to shareholders, in an effort to maximize value after rebuffing a $143 billion takeover bid by rival Kraft Heinz.

The owner of brands including Hellmann's and Lipton said Thursday that it plans to sell its spreads division and combine its foods and refreshments units.

The Anglo-Dutch company will carry out a 5 billion euro ($5.3 billion) share buyback and raised its dividend by 12 percent, a move the company said reflected "increased confidence in the outlook for profit growth and cash generation."

Chief Executive Officer Paul Polman said in a statement that he is confident the changes "will accelerate the transformation of Unilever and the delivery of sustainable shareholder value over the long term."

Unilever in February rejected a takeover approach by Kraft Heinz, whose brands include Oscar Mayer, Jell-O and Velveeta. The merged company would have rivaled Nestle as the world's biggest packaged food maker by sales, but Unilever had said it would be able to unlock more value for shareholders by remaining independent and overhauling its operations.

The news pushed up shares in Unilever, which had started the day lower. By midday, they were up 0.6 percent at 46.86 euros in Amsterdam.