According to a recent survey conducted by the Harris Poll on behalf of Nielsen, 72% of beer drinkers think it’s important to read nutritional labels when buying food and beverages. 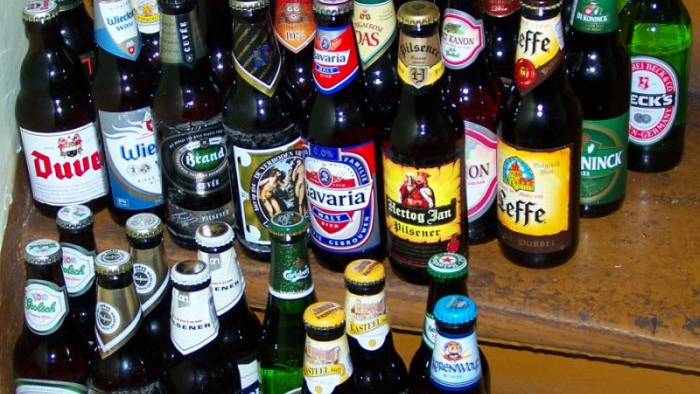 Washington, D.C. – The Beer Institute has announced a new initiative to encourage its member companies to display specific consumer information on products, packaging or websites. The Brewers’ Voluntary Disclosure Initiative is an important new approach by which beer companies will voluntarily include a serving facts statement on their products, as well as disclose ingredients on either the label or secondary packaging via a list of ingredients, a reference to a website with the information or through a QR code.

Participating brewers and importers will voluntarily list calories, carbohydrates, protein, fat and alcohol by volume on their beer products by including a serving facts statement consistent with the Alcohol and Tobacco Tax Trade Bureau (TTB) ruling 2013-2.  In addition, they will provide freshness dating, and disclose ingredients via a list, a reference to a website with the information, or a QR code on the label or secondary packaging.  Beer Institute member companies, including industry leaders such as Anheuser-Busch, MillerCoors, HeinekenUSA, Constellation Brands Beer Division, North American Breweries and Craft Brew Alliance, have agreed to follow these standards. These companies together produce more than 81% of the volume of beer sold in the U.S.

“The Beer Institute, and its member companies, believes this is a step in the right direction to demonstrate a commitment to quality and transparency through these voluntary measures. Beer is the most popular alcohol beverage in the United States, and I look forward to brewers and importers including a serving facts statement along with disclosing all ingredients in their products,” said Jim McGreevy, Beer Institute President and CEO. “Providing meaningful information will ultimately empower the consumer when making decisions regarding the beer beverage of their choice.”

Consumers are increasingly interested in knowing more about the products they purchase. According to a recent survey conducted by the Harris Poll on behalf of Nielsen, 72% of beer drinkers think it’s important to read nutritional labels when buying food and beverages.

“I applaud the Beer Institute for encouraging its members to include valuable consumer information through a serving facts statement and list of ingredients,” said Tommy Thompson, former Secretary of Health and Human Services.  “American consumers are more informed than ever, and they want to know about the food and beverages that they are eating and drinking. The Beer Institute and the companies that have chosen to participate in the Brewers’ Voluntary Disclosure Initiative are providing real leadership in the alcohol beverage industry by voluntarily providing this information.”

The beer industry is truly diverse, including brewers both large and small.  No two brewers, breweries, importers or beers are alike, and these differences were taken into account when designing and rolling out this initiative to member companies. Participating brewers and importers are being encouraged to achieve compliance across their product lines by the end of 2020.

Consumers should begin to see the impact of the Brewers’ Voluntary Disclosure Initiative immediately across the U.S. market, as many members currently provide some nutritional facts and ingredients information.

More information on the Brewers’ Voluntary Disclosure Initiative can be found here.