The sale would address regulatory concerns about AB InBev's mega merger with SABMIller. It hopes to wrap up the merger by the second half of 2016. 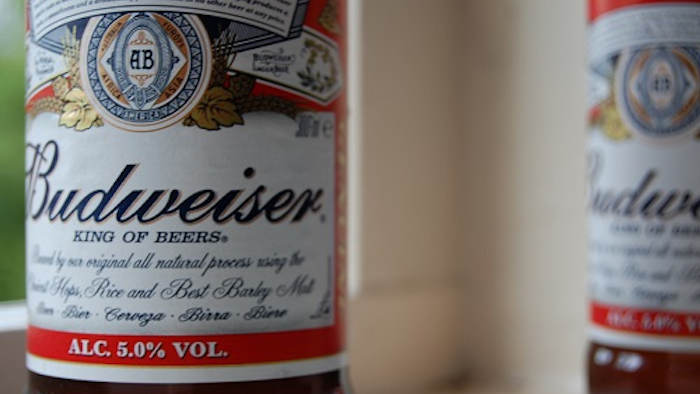 LONDON (AP) — Budweiser-maker AB InBev has received a binding offer of 2.55 billion euros ($2.85 billion) for the European beer brands Grolsch, Peroni and Meantime — a sale that is meant to address regulatory concerns about its mega merger with SABMiller.

The offer by Japanese brewer Asahi Group Holdings, if accepted following an employee consultation, would move AB InBev closer to completing the deal. It hopes to wrap up the merger by the second half of 2016.

"SABMiller has grown Peroni and Grolsch into world-renowned premium brands, and we are confident that, along with fast-growing modern craft brewer Meantime, they will continue to thrive and develop," SAB Miller CEO Alan Clark said. "These beers will continue to be part of SABMiller and sold and managed by us until the change of control."

AB InBev agreed last year to buy SABMiller for 69 billion pounds ($100 billion.) The combination would account for 29 percent of the world beer market, making it three times larger than its nearest rival. AB InBev said it would be proactive about regulatory concerns.

To ease antitrust concerns in the United States, SABMiller will sell its 58 percent stake in a venture with fellow brewer Molson Coors for $12 billion.

The Budweiser maker wants to grow sales through SABMiller's brands in Africa and Asia, where it hopes that consumers will buy brand beers as their wealth increases.

In developed markets like Europe, by contrast, the big companies are seeing sales decline and trying to fight off an onslaught of craft brewers. Asahi would gain a major inroad into the European market should the deal go through.

Any deal would be conditional on the sale going through.