Syngenta Chinese Takeover Has Been Cleared

It will have to sell some businesses to satisfy anti-monopoly objections. 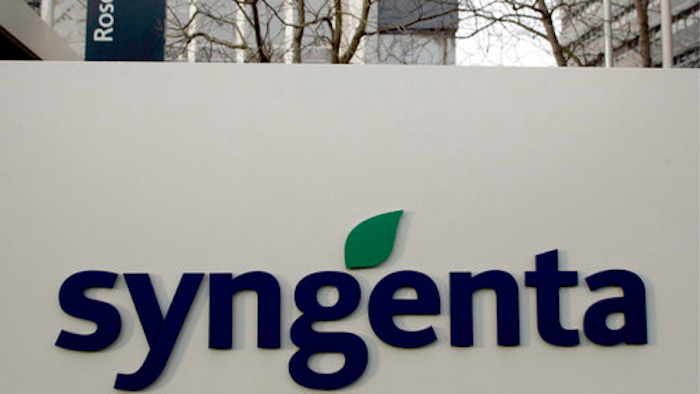 This Feb. 7, 2007 file photo shows the logo and headquarters of the Swiss agribusiness giant Syngenta in Basel, Switzerland. U.S. regulators have agreed to a Chinese conglomerate’s proposed $43 billion acquisition of Syngenta on condition it sells some businesses to satisfy anti-monopoly objections. The Federal Trade Commission’s announcement on Tuesday, April 4, 2017, follows approval last year by European regulators of the purchase by state-owned ChemChina. It would be China’s biggest foreign acquisition to date.
Georgios Kefalas/Keystone via AP, File

The Federal Trade Commission's announcement comes alongside the approval by European regulators of the purchase by state-owned ChemChina. It would be China's biggest foreign acquisition to date.

ChemChina, also known as China National Chemical Corp., agreed to sell businesses that make an herbicide, an insecticide and a fungicide whose combined market shares with Syngenta would harm competition, the FTC and European Commission say.

"ChemChina has offered significant remedies, which fully address our competition concerns. This has allowed us to approve the transaction," Margrethe Vestager, the EU's antitrust commissioner, said Wednesday.

Chinese companies are engaged in a multibillion-dollar global buying spree to acquire technology and brands to improve their competitive edge as explosive growth in their home economy slows.

At the same time, the global industry that supplies farm chemicals, biotechnology and other inputs is in the midst of a shake-up as tumbling commodity prices squeeze spending by farmers.

A U.S. government national security panel approved the ChemChina-Syngenta tie-up in August despite complaints by some legislators who cited the potential for "risks to our food system."

ChemChina subsidiary Adama Agricultural Solutions Ltd. agreed to sell businesses in the United States that produce the herbicide paraquat, the insecticide abamectin and the fungicide chlorothalonil to American Vanguard Corp. and its affiliate Amvac Chemical Corp.

The FTC said Syngenta owns branded versions of all three chemicals, while Adama is the No. 1 or 2 supplier of generic versions in the United States.

ChemChina has also agreed to sell significant parts of its European operations in pesticides and plant growth regulation products.

ChemChina Chairman Ren Jianxin has said he hopes to expand Syngenta's presence in China and other emerging markets.

Ren is China's most aggressive global dealmaker and has spent more than $60 billion on acquisitions since 2010. They include Italian tire brand Pirelli, Norwegian chemical supplier Elkem and KraussMaffei, a German industrial machinery maker.

Almost all proposed Chinese acquisitions of U.S. assets have been approved by regulators. Still, mergers consultants say the prospect of undergoing a security review has put off some potential buyers, making acquisitions in Europe and other markets look more attractive.