OSHA also cited the company for repeated violations for not making sure employees used appropriate eye or face protection. 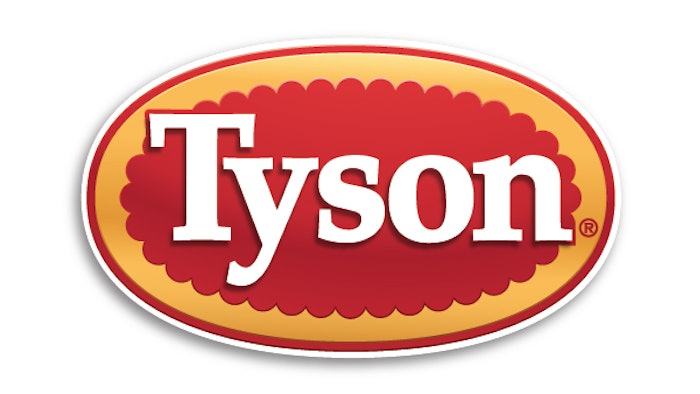 CENTER, Texas (AP) — Inspectors fined Tyson Foods more than $263,000 for safety violations at an East Texas poultry plant where a worker's finger was amputated when it became stuck in a conveyor belt, federal officials announced Tuesday.

The U.S. Department of Labor said in a news release that Tyson was fined for 15 serious violations at its plant in Center, near the Louisiana border.

The processing plant was inspected earlier this year by the Occupational Safety and Health Administration after authorities received a report of the amputation, which occurred when the worker tried to remove chicken parts jammed in the belt.

Among the violations found by inspectors were high levels of carbon dioxide, lack of proper safeguards on moving machine parts and not enough protective equipment for workers. It also was determined that employees were exposed to slip-and-fall hazards due to a lack of proper drainage and fire hazards resulting from improperly stored compressed gas cylinders.

OSHA also cited the company for repeated violations for not making sure employees used appropriate eye or face protection. The agency fined Tyson for a similar violation in 2012 at another East Texas plant.

"As one of the nation's largest food suppliers, it should set an example for workplace safety rather than drawing multiple citations from OSHA for ongoing safety failures," David Michaels, assistant secretary of labor for Occupational Safety and Health, said in the release.

Tyson issued a statement saying that it employs nearly 500 healthy and safety employees who focus on training, safety audits and health care.

"We never want to see anyone hurt on the job, which is why we're committed to continual improvement in our workplace safety efforts," the company said. "We fully cooperated with OSHA's inspection of our Center plant and intend to meet with OSHA officials in an effort to resolve these claims."

Tyson is the world's largest meat and poultry processing company, with more than $40 billion in annual sales.