Kentucky's bourbon industry has a bracing message for its home state lawmakers as they consider whether to relax restrictions on wine sales: What's good for California vineyards should also apply to the bluegrass state's signature spirit. 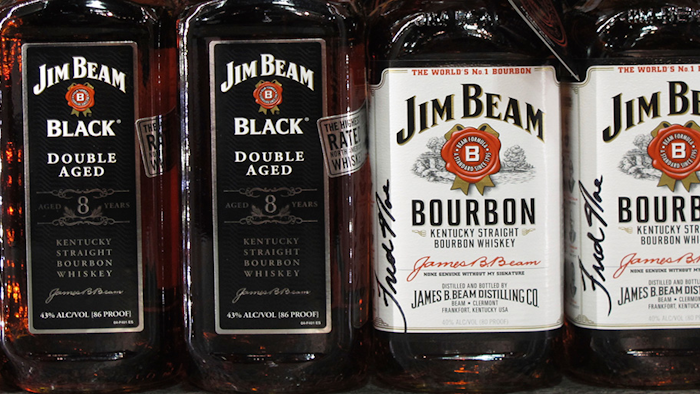 FRANKFORT, Ky. (AP) — Kentucky's bourbon industry has a bracing message for its home state lawmakers as they consider whether to relax restrictions on wine sales: What's good for California vineyards should also apply to the bluegrass state's signature spirit.

The Kentucky Distillers' Association is pushing to have the spirits industry included in a bill that, in its current form, would allow direct out-of-state shipments of wine to Kentucky consumers.

The group, also known as KDA, is asking lawmakers to add language to the bill so bourbon drinkers in some other states can place online or phone orders with their favorite Kentucky distillers. Such long-distance transactions could only occur if other states allow spirits to be shipped directly to consumers. For now, that list of states is limited, but the spirits industry expects it to grow.

"We've got a situation where Kentucky is looking to favor another state's signature industry over its own, and that's going to put us at a competitive disadvantage," KDA President Eric Gregory said. "All we're asking for is if you let wine do that, let bourbon do that. Just give us equal treatment."

But mixing wine with bourbon is causing queasiness among some of the bill's supporters. And it has raised the stakes for a proposal that passed the Kentucky Senate with little fanfare and is now pending before a House committee.

Now the discussion is becoming spirited.

The bourbon industry says it opposes the wine-shipment measure without such changes. The state's distilled spirits industry is an ever-growing economic powerhouse in Kentucky, contributing $8.6 billion annually to the state's economy and wielding considerable influence.

Republican Sen. Max Wise, the lead sponsor of Senate Bill 99, said he prefers that the measure, however, apply only to wine shipments. It's a response to frustrated Kentuckians who want to join out-of-state wine clubs, he said.

Wine Institute, a public policy advocacy group for nearly 1,000 California wineries and affiliated businesses, is resisting the efforts of Kentucky distillers to expand the bill. So is a group representing Kentucky package liquor stores.

"It would be much better to leave SB99 as a wine-only bill and deal with spirits and beer shipping separately," said Wine Institute official Hunter Limbaugh.

Broadening the bill to include spirits would hurt liquor store sales, said Karen Lentz, executive director of the Kentucky Association of Beverage Retailers.

Liquor stores pay local alcohol taxes that aren't assessed on direct shipments, Lentz said. If Kentucky whiskey is shipped to other states, it would have to reciprocate by allowing Kentuckians to order spirits directly from distillers in those states — which could be good for consumers but doesn't have much appeal for liquor store owners.

"They can greatly undercut us on price," she said.

Lentz said her organization is neutral on the direct wine shipments because it realizes that some wines aren't available at liquor stores.

Bourbon industry leaders said that lifting the ban on online and phone orders would especially help small distillers with limited distribution. Kentucky produces about 95 percent of the world's bourbon.

A small cluster of states now allow direct spirits shipments in and out of their states to consumers, according to spirits industry officials. But bourbon industry officials expect that list to grow, Gregory said.

"More and more states are moving toward this," he said. "So we're saying, let's go ahead and give us this privilege now so we can grow into it."

The wine shipment bill sailed through the Kentucky Senate in mid-February and is pending before the House Licensing, Occupations and Administrative Regulations Committee. In its original form, the bill would allow each adult to purchase up to 24 cases of 9-liter bottles of wine each year through direct shipments. Kentucky is among five states that don't allow direct wine shipments to consumers in their states, Wise said.

"I'm a fan of parity," Koenig said in an interview. "We've made great strides in the last couple of years trying to get everything on a level playing field."

The bourbon sector supports expanding the bill to have it apply to beer and other alcoholic beverages, Gregory said.