Feds: US Fishermen Had Good Year Aided by Lobsters, Scallops

U.S. commercial fishing generated more than $144 billion in sales in 2016, buoyed by growth in key species such as sea scallops and American lobsters, the federal government reported on Thursday. 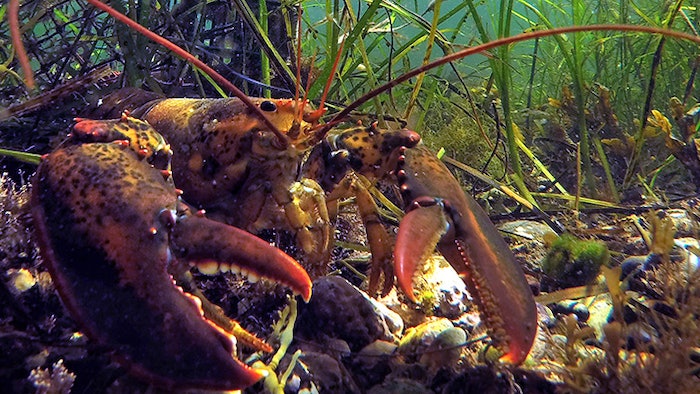 FILE - In this Sept. 5, 2018 file photo, a lobster walks on the ocean floor near a lobster trap off the coast of Biddeford, Maine. The U.S. commercial fishing generated more than $144 billion in sales in 2016, according to a report released by the National Oceanic and Atmospheric Administration. The report says the industry was boosted by growth in value of shrimp, sea scallops and lobsters. (AP Photo/Robert F. Bukaty, files)

PORTLAND, Maine (AP) — U.S. commercial fishing generated more than $144 billion in sales in 2016, buoyed by growth in key species such as sea scallops and American lobsters, the federal government reported on Thursday.

The National Oceanic and Atmospheric Administration said the total of $144.3 billion in sales from commercial fishing in 2016 was up about $100 million from the previous year. The agency released the figure as part of its annual Fisheries Economics of the United States report, one of two reports about the health of fisheries that came out on Thursday.

The economics report states that the industry was boosted by growth in value of some economically critical species, also including shrimp, but other big-money species such as Alaska pollock and pacific salmon were down from the previous year.

The report shows U.S. fisheries holding steady, and continuing to play a critical role in the economies of states from Maine to California, said Ned Cyr, director of NOAA Fisheries Office of Science and Technology.

The economics report also said commercial fishing supported nearly 1.2 million jobs, a figure that is about in line with 2015, but slightly less than 2014.

NOAA officials also released the annual Fisheries of the United States report, which is a broader look at the nation's seafood industry and its recreational and commercial catches. That report stated that U.S. per capita consumption of fish and shellfish grew 1.1 pounds, to 16 pounds, in 2017.

The report also emphasizes the growing role of aquaculture in the United States, a country with a smaller aquaculture sector than many other major economic players. It states that the U.S. is "not a major aquaculture producer," ranking 16th worldwide in production, although more than half the seafood that the country imports and consumes is farmed.

"It is an increasingly important part. It has been growing steadily over the past few years," said Michael Liddel, a statistician in the NOAA Fisheries Office of Science and Technology.

The most valuable commercial fishing port in the U.S. continues to be New Bedford, Massachusetts, where fish and shellfish brought to dock was worth $389 million in 2017. That total was heavily dependent on scallops, the city's signature export.

The largest amount of seafood came to the docks in Dutch Harbor, Alaska, which is a major port for Alaska pollock, a fish widely used in mass-produced food products such as fish sticks.