PepsiCo reported better-than-expected third-quarter earnings and revenue, but its shares edged lower Tuesday after the company warned of the effects that the strong dollar will have on its performance for the rest of the year. 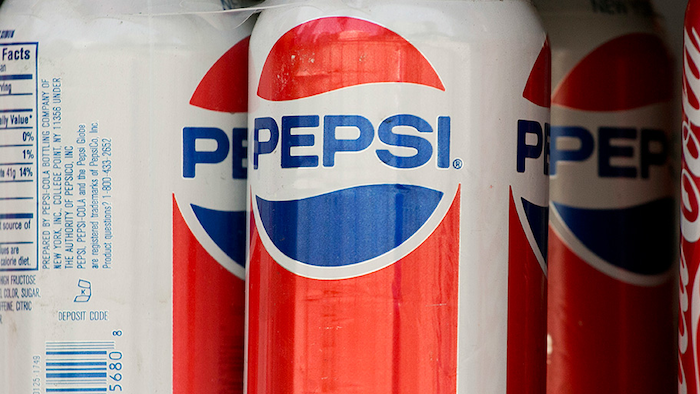 PURCHASE, N.Y. (AP) — PepsiCo reported better-than-expected third-quarter earnings and revenue, but its shares edged lower Tuesday after the company warned of the effects that the strong dollar will have on its performance for the rest of the year.

The Purchase, New York, company had a profit of $2.5 billion, or $1.75 per share. Earnings, adjusted for one-time gains and costs, were $1.59 per share, or 3 cents better than Wall Street was expecting, according to a survey by Zacks Investment Research.

Revenue of $16.49 billion also topped forecasts. PepsiCo Inc. increased its revenue outlook for the year, saying it now expects to see a 3 percent increase from 2017, up from its earlier forecast of 2.3 percent.

But Pepsi also said it expects a 1 percentage-point headwind from currency rates.

Revenue rose 2 percent in Pepsi's largest segment, North American beverages. It was the biggest increase that unit has seen in eight quarters, Pepsi CEO Indra Nooyi said on a conference call with investors. One highlight was Bubly, a flavored sparkling water introduced in February that's expected to notch $100 million in sales this year.

But the revenue increase was offset by higher transportation and aluminum costs, increased marketing spending and other costs. Operating profit was down 14 percent to $703 million.

"There's still a tremendous amount of growth available in emerging markets," she said.

Nooyi is retiring Wednesday after 12 years as Pepsi's CEO and 24 years at the company. She said Tuesday's call with investors was her 75th for the company, where she also served as chief financial officer.

"Even though I have a lot of fuel left in my tank, I wanted to do something else with my life," Nooyi said. She will remain chairman of Pepsi's board until early 2019.

Ramon Laguarta, a 22-year veteran of the company and its current president, will be Pepsi's new CEO.