Impossible Foods CEO Pat Brown insists his meatless burger is meat, explains why the product drew criticism from PETA, and admits he isn't the best taste tester for his own product. 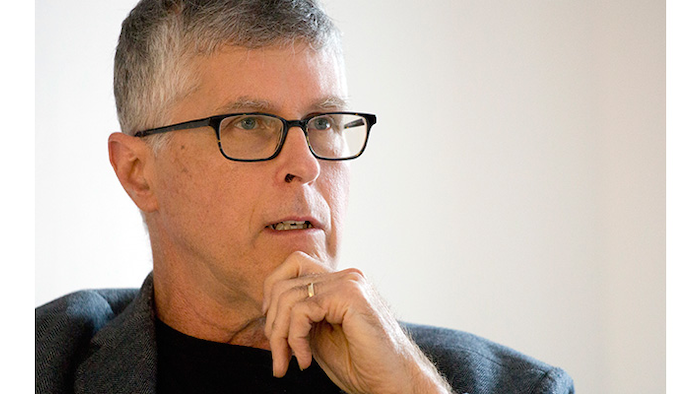 In this Aug. 7, 2018, photo Impossible Foods CEO Pat Brown is interviewed in New York. The company's patties, made with an ingredient Brown says helps replicate the taste of meat, are now served in 3,000 locations in the United States, including White Castle restaurants. (AP Photo/Mark Lennihan)

NEW YORK (AP) — Impossible Foods CEO Pat Brown insists his meatless burger is meat, explains why the product drew criticism from PETA, and admits he isn't the best taste tester for his own product.

The company's patties are made with an ingredient Brown says helps replicate the taste of meat: a "heme" molecule found in the root of a soy plant, which is then fermented in yeast.

Because the ingredient hadn't been used in the food supply, the company tested it on rats to show the Food and Drug Administration it could be "generally recognized as safe." PETA has criticized the company for that testing, which it says was unnecessary and included the rats being killed so their organs could be examined.

Here's what Brown had to say about that, along with other topics. The interview has been trimmed and lightly edited for length and clarity.

Q: You refer to the Impossible Burger as "meat" on your website.

Q: What's your response to the argument that "meat" should come from cows?

Q: Won't people have reservations about eating an ingredient they're not familiar with?

A: The very fact that you're asking the question means this is something that some consumers will have questions about. And they're completely legitimate. But we're very transparent about what goes into our product. We are completely happy to engage in consumers with a conversation about why we make our heme protein the way we do.

Q: As the science around cultured meat grown in labs without animals develops, how will that impact what you're doing?

A: We already at our very early stage are making (meat) massively more sustainable. If someone else can do an even better job than us, then more power to them.

We'll just have to find out whether that situation ever happens. My own view is I think it's highly improbable that that technology will ever be able to be scaled to the point where the products are remotely cost competitive with the products you can make directly from plants.

Q: Explain the clash with you and PETA.

A: To get the FDA to sign off on our GRAS status, we had to do a test using rats. (PETA) felt like OK, you crossed the line there. It doesn't matter how much better it is for the world, you just can't do these experiments on rats.

I mean, I love rats. I think rats are one of the most wonderful creatures on earth. I hated to do those experiments, but it was the right thing to do.

Q: You're vegan. Do you sample meat from a cow to make sure your product tastes like it?

A: Not me personally. But we have a bunch of people who are on our team that are optimizing it, certainly the majority of them are current meat eaters. They're constantly using meat from a cow as a kind of checkout, a control you might say.

Q: But you yourself haven't done that?

A: I would be one of the least useful taster in those tests. I wouldn't enjoy it, and I don't have years and years of eating experience to compare it against.