The U.S. Forest Service is investigating Nestlé over a report that the company drew water from drought-ravaged California using a long-expired permit. 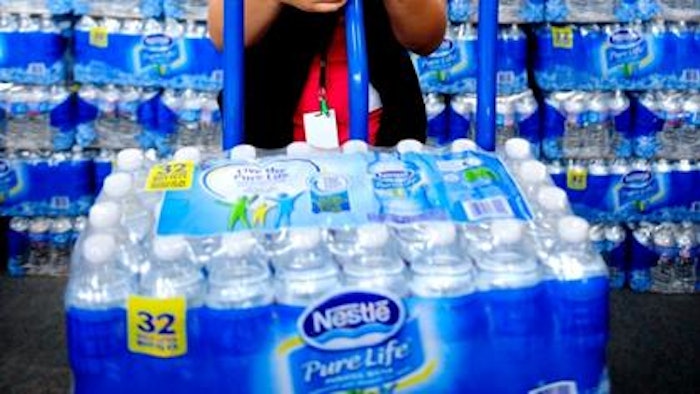 The U.S. Forest Service is investigating Nestlé over a report that the company drew water from drought-ravaged California using a long-expired permit.

The Desert Sun reported last month that the Swiss multinational — the largest U.S. bottled water producer and the world's largest food company — continued to pipe water from a creek in Southern California through the San Bernardino National Forest even though its permit to do so expired in 1988.

The water eventually moves from the piping system to company trucks to Nestlé’s bottling plant, where it becomes Arrowhead 100% Mountain Spring Water.

The Forest Service generally focuses on larger utility projects amid a growing permit backlog, but Jody Noiron, supervisor of the San Bernardino National Forest, recently told the paper that the publicity surrounding the 27-year-old permit moved the issue "to the top of the pile."

"Since this issue was raised and I became aware of how long that permit has been expired, I have made it a priority to work on this reissuance project," Noiron said.

Re-issuing the permit requires an environmental assessment and could take more than two years. Nestlé officials said the company would cooperate during the renewal process and defended its environmental practices near Strawberry Creek.

Critics, however, said officials were lax in reviewing the impact of bottled water companies in California. The issue took on added importance after Gov. Jerry Brown ordered sweeping limits on water use in response to a historic drought.