Chipotle says it has completed phasing out genetically modified ingredients from its food, making it the first national fast-food chain to do so. The Denver-based chain had already been using mostly non-GMO ingredients, but was working on making final changes to its tortillas. 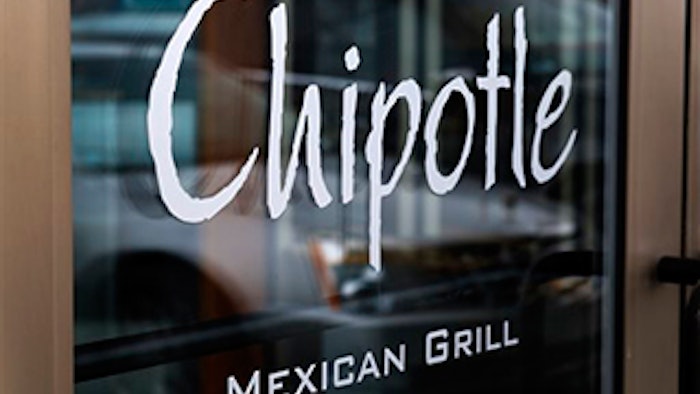 NEW YORK (AP) — Chipotle says it has completed phasing out genetically modified ingredients from its food, making it the first national fast-food chain to do so.

The Denver-based chain had already been using mostly non-GMO ingredients, but was working on making final changes to its tortillas.

The Food and Drug Administration maintains that GMOs are safe, and most of the country's corn and soybean crops are genetically modified to have certain traits like resistance to herbicides and plant diseases.

Chipotle co-CEO Steve Ells has said in the past that the company felt it was best not to use GMOs given the "lack of consensus" about their effects.

On its website Monday, Chipotle said it was "G-M-Over It."

Chipotle Mexican Grill, which has around 1,800 locations, has enjoyed strong sales growth in part by playing up the quality of its ingredients and defining itself as a more wholesome alternative to traditional fast-food chains. On a page explaining its transition away from genetically modified ingredients, for instance, it showed an image of a burger and cited "fast food" as an example of where people might encounter GMOs.

To rid its menu of GMO ingredients, Chipotle said its suppliers planted non-GMO corn varieties for its tortillas. It also replaced soybean oil with sunflower oil to cook its chips and taco shells, and with rice bran oil in other recipes. The new oils are made from crops for which there are no genetically modified varieties available for commercial use, the company noted.

It said the changes did not result in significantly higher costs and that it was not raising prices.

Going forward, the company said it was working on removing additives from its tortillas as well.

The announcement comes after Chipotle said in January it would stop serving pork in about a third of its restaurants after finding an unnamed supplier violated its animal welfare standards. The company said it doesn't expect the pork shortage to be fully resolved until late this year.

Chipotle will still serve meat from animals that are given GMO feed; animals cannot be given GMO feed for meat to be considered organic. The company also still serves Coca-Cola fountain drinks, which are made with high-fructose corn syrup. But this past summer, it started testing a root beer that is organically sweetened in Denver. That test is ongoing, said Chris Arnold, a company spokesman.

The completion of the phase-out was first reported by The New York Times and CNN.