Chinese meat processor Shuanghui International Holdings Ltd. has agreed to buy Smithfield Foods Inc. for approximately $4.72 billion in a deal that will take the world's biggest pork producer private. Hong Kong-based Shuanghui owns a variety of global businesses that include food, logistics and flavoring products and is China's largest meat processing enterprise. Smithfield owns brands such as Armour, Farmland and its namesake. 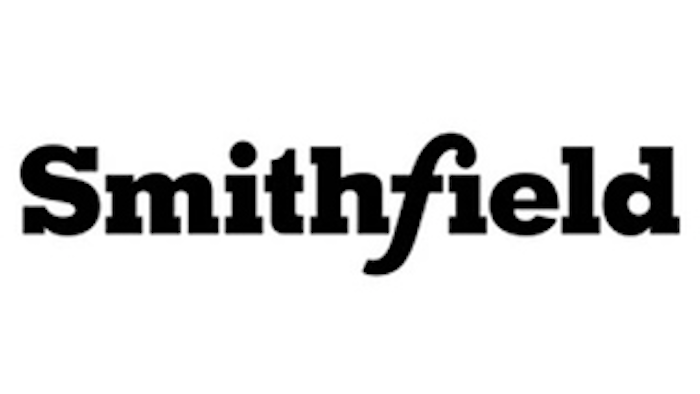 Hong Kong-based Shuanghui owns a variety of global businesses that include food, logistics and flavoring products and is China's largest meat processing enterprise. Smithfield owns brands such as Armour, Farmland and its namesake.

Shareholders of Smithfield will receive $34 per share under terms of the deal announced Wednesday — a 31 percent premium to the Smithfield, Virginia, company's closing stock price of $25.97 on Tuesday.

Both companies' boards have unanimously approved the transaction, which still needs approval from Smithfield's shareholders. The transaction may also be subject to review by the U.S.'s Committee on Foreign Investment.

The companies put the deal's total value at about $7.1 billion, including debt. Smithfield Foods has about 138.8 million outstanding shares, according to FactSet. Smithfield's stock will no longer be publicly traded once the deal closes.

Shuanghui has 13 facilities that produce more than 2.7 million tons of meat per year. Under the agreement, there will be no closures at Smithfield's facilities and locations, including its Smithfield, Virginia, headquarters, the companies said.

Smithfield's existing management team will remain in place and Shuanghui also will honor the collective bargaining agreements in place with Smithfield workers. The company has about 46,000 employees.

"This transaction preserves the same old Smithfield, only with more opportunities and new markets and new frontiers," Smithfield CEO Larry Pope said in a conference call. "This is not a strategy to import Chinese pork into the United States ... this is exporting America to the world."

With China and U.S. being "the most important markets," Zhijun Yang, managing director of Shuanghui, said in a conference call with investors, "together we can be a global leader in animal protein. ... no other combination has such a great opportunity."

In its most recent quarter, in March reported its net income rose more than 3 percent, helped by gains in hog production, its international business and its packaged meats such as deli meats, bacon, sausage, and hot dogs — a large growth area for the company.

Still pork producers like Smithfield have been caught in a tug of war with consumers. The company needs to raise prices to offset rising commodity costs, namely the corn it uses for feed. But consumers are still extremely sensitive to price changes in the current economy. By raising prices, Smithfield risks cutting into its sales should consumers cut back or buy cheaper meats, such as chicken.