The Rise of Vertical Farming

It's a potential solution for produce shortages in large cities and desolate areas like Antarctica. 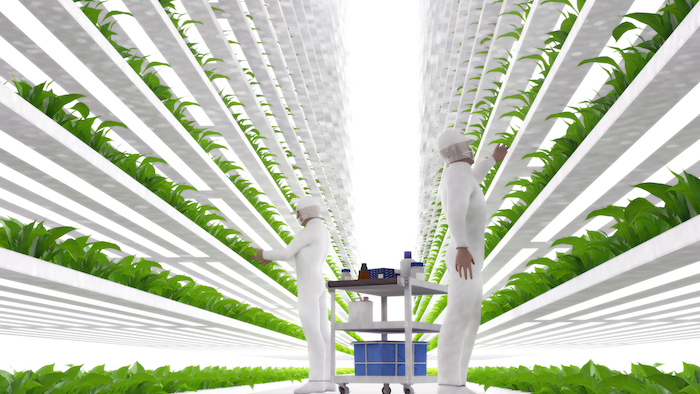 With over 7,800 high-rise buildings, the city of Hong Kong soars above all others. More than 300 of its buildings surpass 490 feet, with more people living over 15 floors above ground level than anywhere else in the world. Having a skyline in the clouds helps the densely populated metropolis to prosper where space is restricted. Agriculture has taken note of this construction technique, as vertical farming creates impressive yields.

Vertical farming is the process of food being produced in vertically stacked layers, instead of on a single level such as in a field or greenhouse. The layers are commonly integrated into urban structures like skyscrapers, shipping containers and repurposed warehouses. Using Controlled Environment Agriculture (CEA) technology, the artificial control of temperature, light, humidity and gases makes it possible to produce a vast array of crops on an industrial scale — without any outdoor exposure.

By 2050, around 80 percent of the world’s population will live in urban areas. With agricultural space in these areas scarce or completely non-existent, how do we deliver produce?

It is estimated that one acre of vertical farming offers the equivalent production of at least four to six acres using conventional outdoor methods. As the plant’s growth is not dependent on sunlight or affected by meteorological conditions, production can continue at the same rate all year round. In terms of resources, the plants require as much as 70 percent less water than traditional farms.

Organic crops are a huge market, with demand often outstripping supply. As vertically farmed crops are produced in a well-controlled area, there is far less need for chemical pesticides. It is also believed that vertical farming could bring fresh produce closer to urban populations, reducing the risk of nutrients diminishing during transport.

Hydroponics is a predominant growing method in vertical farming. The process involves growing plants in nutrient solutions that are essentially free of soil, as roots are submerged into the solution and the plants are regularly monitored to maintain the correct levels of chemical composition. If we’re ever to fulfill futuristic plans of colonizing Mars, we’re going to need to grow our own food. So, where on Earth has the conditions to test out this method?

It may not share the same qualities as the Red Planet, but Antarctica’s non-stop winters make it impossible to grow produce outdoors, and fruits and vegetables are shipped long distances from overseas just a few times a year.

In a step closer to extraterrestrial farming, a semi-automated hydroponic facility grows plants without soil, using mineral nutrient solutions in a water solvent. Scientists on Germany’s Neumayer Station III grow produce in a 20-foot-long shipping container, cultivating greens in an area where such produce is usually limited. This is just one example of how vertical farming techniques can be used in areas affected by harsh weather conditions.

To hit high levels of production, growth conditions in vertical farms must be continuously optimized. Sensors and data must be used to effectively track variables such as climate, nutrient composition and light levels.

Climate is characterized by a combination of air temperature, humidity and carbon dioxide (CO2) levels. The effects of these factors are tremendous. The difference between plant and air temperature, for example, can tell us whether the leaves’ stomata are open. If they’re closed, the plant cannot absorb CO2 and convert it into biomass. We can also measure the light level and spectrum as perceived by the plants and the pH of irrigation water for optimal growth.

Using smart sensors that can monitor these variables will ensure that vertical farms produce yields that greatly exceed those of conventional farms, which are impacted by uncontrollable conditions.

With a skyline full of modern, gleaming constructions, Hong Kong makes the most of its space to deliver prosperity. While vertical farming still has a long way to go before it is commercially viable, it is certain that food producers can learn from the techniques it applies to help deliver produce our rising populations.