A look at technology that can help prevent recalls, as well as reduce $200 billion in annual food waste. 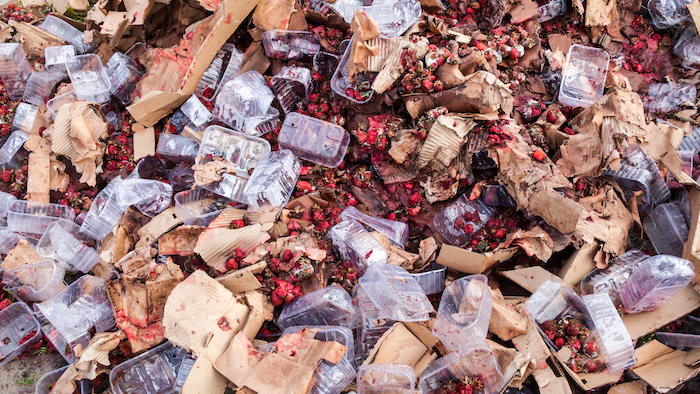 On a per capita basis, food waste costs the U.S. economy more than $200 billion per year. With the many ways in which food is lost or discarded – from harvest through consumption – it’s no wonder that food spoilage and waste are considered significant sustainability concerns.

Advances in packaging technology play a critical role in minimizing food waste by preventing the ingress of microorganisms, oxidation and moisture, all of which have an adverse effect on shelf life. While many food manufacturers that use flexible packaging aim to thwart these threats by choosing the right film and establishing appropriate sealing parameters, there is another, often overlooked part of the equation: how airtight the package is.

Package leaks can stem from a variety of issues, including large pores in the film that can develop from overstretching. Difficult to detect capillaries can also form if product residue gets caught in the weld seam, or if an incompatible adhesive is used. Reliable leak detection technology can help food and packaging machinery manufacturers catch compromised packages before they reach the consumer, and prevent costly recalls and returns.

Choosing the right leak detection equipment is a critical part of the process. There are three primary methodologies for food manufacturers to choose from.

The water bath method, also known as a bubble test, has been used for several decades and remains popular due to its simplicity. A test package is submerged in water and if there are leaks in the package, the gas will find its way toward them and escape, creating visible bubbles in the water. Unfortunately, one challenge is that leaks often found with food packaging cannot be reliably identified in a water bath due to their leak rate. For example, leaks caused by insufficient welding seams are not often large enough to be easily recognizable.

With these methods, testers create a pressure difference between the inside and the outside of a package. Tracer gas, which is usually either carbon dioxide or helium, will escape through any detected leaks and its concentration can be measured. However, using carbon dioxide as a test gas also creates challenges.

Among them is the fact that manufacturers can only test products that have a certain proportion of carbon dioxide content. Depending on the gas-based device being used, the range is usually between 10 and 20 percent. In addition, when using gas-based testing for flexible packages, there is a risk that pouches will burst if the interior and exterior pressure rates are significantly different.

This method, which is the backbone of INFICON’s Contura® S400 leak detection technology, places a package between two unique membranes that create a conformal vacuum chamber. It is then quickly evacuated. The gas flows through any package leaks into the chamber where it causes an increase in pressure. Here, a vacuum gauges measure the change to calculate the package’s leak rate.

An advantage of this method is the ability to safely detect micro and gross leaks. When leveraging other methods and a large leak occurs, the gas completely escapes during the evacuation process and no pressure difference can be measured. As a result, a package with a tear or a non-welded sealed seam might be incorrectly identified as airtight.

There are a number of variables that impact which leak detection method is best suited for a particular application.

Food manufacturers should seek out suppliers that can help them evaluate the answers to these questions to determine which leak detection method is best suited for them. Taking these steps are an efficient and accurate way to determine if hermetically sealed packages are airtight, and to ensure that consumers receive products that are fresh and safe.

Bill Burnard has over 20 years of expertise in the leak detection and vacuum measurement industries. INFICON’s free e-book, entitled “Leak Detection in the Food Industry: A Guide,” outlines the challenges associated with leak detection for food packaging and examines the different approaches available. It can be downloaded here.