This article takes a look at key areas of agtech innovation in the immediate future. 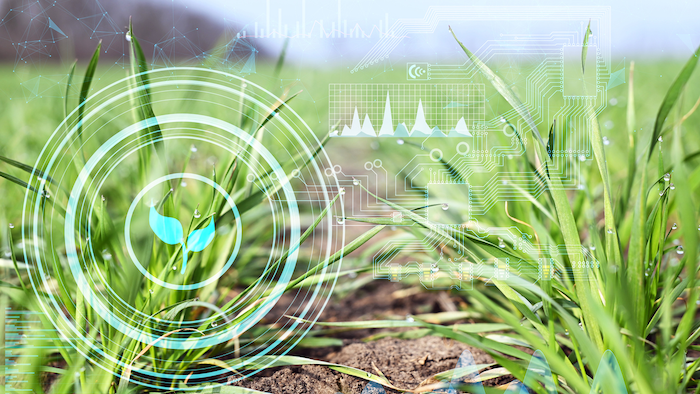 Over the past several decades, the agtech industry has been focusing on crop-yield enhancement and pesticide-use reduction in anticipation of enormous, unprecedented world population growth and environmental impact. Biotechnology has answered the bell, producing high-yielding crops that can be grown in drought and in saline environments where crops will not naturally grow. The result has been an increase in food production in world areas where it is badly needed.

Recent scientific advances point out that toxins such as mycotoxins in food and in animal feed can significantly increase the incidence of various types of cancers in humans. Aflatoxin in feed impacts poultry, beef, and pork farming due to low feed conversion, resulting in significant animal productivity losses. Aflatoxin metabolites (aflatoxin M1) in milk from feeding cows with aflatoxin-contaminated feed is a serious threat to human health. Recently in the U.S., aflatoxin poisoning from pet food led to more than 70 dogs dying and 80 more falling ill. This prompted a massive recall of pet food products.

The Food Safety Modernization Act (FSMA), which became law in 2012, mandates major changes in the way food is produced, distributed, stored, and sold. About 48 million (1 in 6) Americans get ill and 3,000 die each year from foodborne diseases. This public health problem is both significant and largely preventable. The law shifted the focus from responding to foodborne illnesses to preventing them, and it's been transforming the nation’s food safety system in the process.

Food waste also is a major concern in all developed countries. In the U.S. alone, there's a staggering 31% food loss at the retail and consumer levels, which amounted to about 133 billion pounds of food in 2010 (according to USDA's Economic Research Service). During the past decade, many initiatives have started to curb this loss.

The availability of safe food and reducing food loss are becoming very important to governments and the private sector. Consumer awareness through information technology has pushed food safety to the forefront. Many agtech startups have sprung up in various parts of the world focused on enhancing food safety and inventing ways to reduce food loss. Public and private investments in these areas have grown exponentially in the past few years and continues to grow.

Some key agtech innovation areas include:

1. Technology that reduces pathogenic microorganisms and toxins on food cheaply and effectively without compromising food quality. These novel technologies must fit into the existing supply chain without major changes or costs. NanoGuard Technologies, for example, is developing a cold plasma technology using air and electricity to kill pathogenic microorganisms and degrade mycotoxins on food and feed without affecting the safety or quality of food and feed.

4. Blockchain and AI are being used to track food to its source to quickly and effectively manage recalls in case contamination is detected. AI, blockchain, and big data technologies are also being developed to manage the supply chain to increase efficiency and quick-to-market systems of perishable food.

5. Various automated sorting techniques such as “hyperspectral imaging” to identify food that is about to spoil and integrate such knowledge to the supply chain to get the product to customers quickly before it gets spoiled, thus mitigating food waste.

6. Agtech is being developed to make farming carbon-neutral. And there are efforts for developing agtech to make meat products using grain and vegetables to reduce greenhouse gases from beef, pork, and poultry farming.

7. Agtech in genomics, proteomics, sophisticated analytical techniques, and more are creating quick and cost-effective detection and quantification methods for pesticide residues, natural toxins, and microorganisms in food and feed. Such technologies allow governments and the private sector to enforce mitigating measures.

Agtech is rising up to the occasion to develop viable mitigation measures in order to reduce pesticide residues, toxins, and pathogenic microorganisms. As more and more sophisticated technologies identify what is wrong with our food and feed supply, agtech will continue to evolve, discovering and developing mitigating measures. The advance in medical science is expected to complement agtech in the coming years.

In a decade or two, agtech will be at a stage where consumer health awareness, advances in health sciences, and food preferences could be vertically integrated into food and feed production and processing with the help of fast-growing information technology, AI, blockchain, and other technologies that are yet to be born. Furthermore, advances in agtech will help initiatives such as FSMA in the U.S. and similar initiatives around the world, particularly in the EU, to introduce guidelines and regulations that protect and safeguard the world food supply. 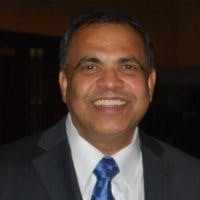 Dr. Cherian GeorgeDr. Cherian George is the discovery and regulatory lead at NanoGuard Technologies Inc. focused on harnessing cold plasma technology for enhancing food safety by reducing pathogenic microorganisms and mycotoxin on food. He spent almost 30 years of his career in agricultural biotechnology involved in discovering, developing, and getting worldwide regulatory approvals of genetically modified crops including nutritionally enhanced soybeans. Dr. George received his Ph.D. in Organic Chemistry from Loyola University of Chicago and postdoctoral training in pharmaceutical drug discovery from the Department of Biochemistry, Molecular biology, and Cell Biology of Northwestern University.